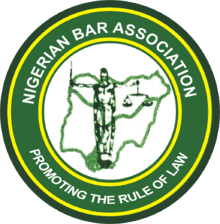 Gunmen on Wednesday abducted Barr. Joel Ubandoma, the immediate past chairman of the Nigeria Bar Association (NBA), Jalingo branch at his residence in Mayo Dassa area of Jalingo, the state capital.
A family source disclosed to our correspondent that Ubandoma was picked in his house in Mayo-Dassa, Jalingo at about 1: am on Wednesday.
Taraba State Police Public Relations Officer, David Misal, who also confirmed the incident, assured that the force had already sprung into action, gathering intelligence to ensure the safe release of the lawyer.
Reacting the development the Publicity Secretary, NBA Jalingo branch, Boniface Iorkumbur, said the NBA family in Jalingo received the news of the abduction of Joel Daniel Ubandoma with shock and prayed for his quick release.
“We woke up this morning to the devastating news of the abduction of our learned colleague, J. D. Ubandoma Esq, the immediate past chairman of our branch, who was reportedly kidnapped last night in his house in Mayo-Dassa area of Jalingo.
“We urge our members to pray for his immediate, unconditional and safe release from his captors and call on the security agencies to intensify efforts to ensure his immediate and safe release,” he said.
At the time of filing this report, a family source said the kidnappers were yet to get in touch with the family.
Our correspondent reports that kidnapping has become a major security issue in Taraba State, and has claimed the life of a serving member of the state House of Assembly and others while several others such as the Chief Press Secretary to the Taraba State government, Alh Hassan Mijinyawa have had harrowing encounters with kidnappers.