Security deploys to contain Jalingo tension after clash over money 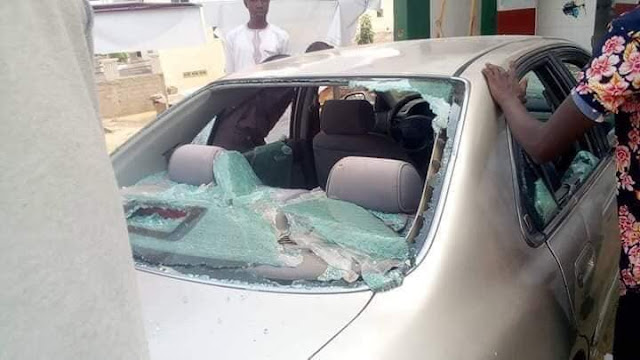 Police has deployed to control rising tension after what’s being described as an ethnic  clash near in Jeka da Fari, near the government house.

It began when a youth was stabbed with a knife by a member of a rival group.

The victim’s relations and tribesmen are reportedly to have launched an attack on Hausa-Fulani community in the area.

Many homes and shops are said to have been destroyed, and many people wounded.


Hundreds of people, mostly women and children, fled the area; many others are trapped in their homes.

A resident in the area, Yakubu Sabo, told Daily Trust on a call that it began when a Mumuye Youth  collected money at the gate of government house Jalingo which was supposed to be shared among DDI boys but ran away with the money.
He said the youth was caught and stabbed with a knife by a rival group.
Yakubu explained that instead of the Mumuye ethnic group to go after those That stabbed their member the decided to attack Hausa-Fulani community.
Meanwhile, Jalingo Main Market and other business premises have closed over fears the clash many escalate.
Soldiers and mobile police have deployed to the trouble areas and ordered residents to stay indoors.
Many streets are deserted.