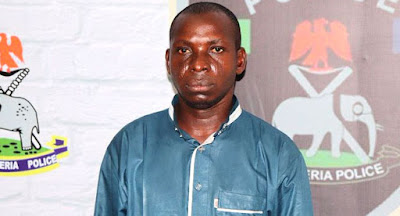 As Nigerians await the submission of report by the 7- man investigative panel probing the killing of three police men in Ibi, Taraba State, another member of the arrested millionaire kidnapper Hamisu Balla alias ‘Wadume’ has been arrested in Wukari area of the state.

Channels Television gathered that the home of suspect simply identified as ‘Uche’ was busted in the early hours by a detachment of operatives from the Inspector general of police intelligence response team drawn from units across the country.


This latest arrest now makes it six members of the gang in custody of the police with several arms recovered.

The team also recovered thirteen vehicles and identified over twenty houses allegedly owned by the kingpin.

Submission of a report by the 7-man investigative panel to the Chief of Defence Staff is expected to take place on Monday.