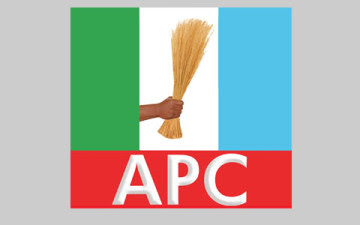 The Taraba State governorship tribunal on Friday granted the prayer of All Progressives Congress to be re-listed in the governorship petition that had earlier been dismissed.
 
The Tribunal sitting at the FCT High Court, Apo had on July 10, dismissed the petition filed by Abubakar Danladi of the APC, challenging the re-election of Governor Darius Ishaku of the PDP in the March 9 governorship election in the state.

While delivering his ruling, the chairman of the three-man tribunal, Justice M.O Adewara held that the petition filed by the APC (second petitioner), had merit and as such is granted.

He also stated that according to the electoral act, an oral application for withdrawal of the petition made by counsel for the petitioners, Alex Akoja, was supposed to be properly documented and served on all parties involved in the petition.
Adewara further adjourned hearing in the matter until August 15.
The APC and Danladi had approached the tribunal, challenging the victory of Ishaku.

The petitioners had claimed that the governor was not duly elected in the March 9 election by a majority of lawful votes cast, adding that Ishaku’s reelection was invalid by reason of non-compliance with the provisions of the Electoral Act 2010 (as amended).
The dismissal of the petition followed an application made by counsel for the petitioners, Alex Akoja, which was predicated on the July 5 Supreme Court’s judgment which disqualified Danladi as APC candidate in the governorship election.
(NAN)