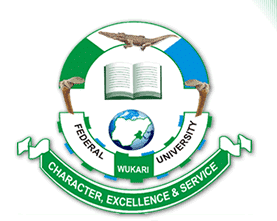 The Community of Tiv Students and Tiv Staff Forum at the Federal University Wukari, Taraba State,  have petitioned  the Vice-Chancellor of the university, Prof Abubakar Kundiri, and the National Universities Commission over the  plans to  reopen the school.
FUWUKARI was closed down last month  following  the alleged abduction and killing of some students and workers  of the institution due to the Jukun/Tiv ethnic crisis.
In a petition  dated August 6, 2019  and signed  by Mr Patrick Tion for Tiv Staff Forum and MrShihon David for the CTS, the groups said the  lives of the Tiv students and workers  in Wukari could not be guaranteed if the school  was reopened  on  August 14 as planned by the authorities.

They insisted the issues that led to the closure of the university had  not been addressed and reopening it would  further escalate the crisis.
The group, while condemning the killing of three Tiv in the university, called for a thorough investigation into the incident  and the perpetrators should be brought to justice.
The  petition read, “The true position devoid of sentiments is that, there exist a serious security breach at Federal University Wukari, following the crisis between  Jukun and Tiv in Wukari where the university is situated.
“The killing of Emmanuel Vihiior, a 100 level  of student of microbiology, and Fater  Felix, 100 level  student of the Department of Sociology, and  Mark Tsav, a worker in the  Student Affairs Department, on  July 30 put paid to the security of Tiv workers and students in the university.
“We are surprised that the university has remained silent on the killing of the students and worker  and has gone ahead to fix August 14 for reopening of the school.
“This move will affect over 1,500 Tiv students who were evacuated by the Benue State Government, and other Tiv students from Taraba as well as staff whose security is not guaranteed in Wukari at the moment.”
PUNCH