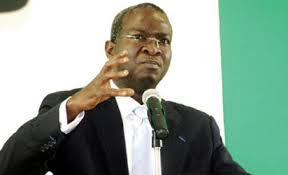 THERE is no cash provision of $600 million or N219 billion in any budget of the Federal Government for the Mambila Project, Minister of Power, Works and Housing Babatunde Fashola has said.
A statement issued by his Special Adviser on Media, Mr. Hakeem Bello, yesterday insisted that nobody could attempt to divert what did not exist.
“Nothing is more further away from the truth than the claim that the loan negotiations have stalled since 2017 because of an attempt to utilise $600 million (equivalent of N219 billion) from the 3,050 Megawatts (MW) hydropower project for a ‘pet project’ not hitherto considered by the Federal Executive Council (FEC),” Fashola said.
The statement was reacting to allegations by Chairman of Sunrise Power Transmission Limited Leno Adesanya over the ongoing Mambilla Power Project.
Adesanya, in November 2018, wrote an open letter to President Muhammad Buhari, where he said he had sued government to court over the project.
He said he was sidelined from the contract signing in 2017, after the Federal Executive Council (FEC) approved it and Fashola signed with two Chinese firms, leaving out the acclaimed local partner – Sunrise Power.
But, denying the allegation, the statement said: “It has, therefore, become necessary to debunk the lies and resist the unjustified and malicious attack on the person of the minister and save the innocent members of the public from the rather misleading and offensive publication widely circulating in various media platforms, authored and sponsored by Mr. Adesanya to damage good name and reputation of the minister to claim   undue credit and attract unwarranted attention and sympathy.”
Fashola explained that for the avoidance of doubt, the China Exim Bank disburse money to specific projects and on conclusion of negotiations, the loan would be devoted to the construction of the Mambila Power Project, which has been on the drawing board for close to 40 years before the advent of the Buhari administration, which is now working to get the project off the ground.
The publication of the claims by Adesanya in a national daily and the social media, the statement said, was a desperate attempt by him and his political sympathisers to destabilise a project that they could not bring to fruition.
Fashola said since Adesanya had chosen to go to court, he would be required to prove his allegation.
The minister said the FEC never awarded a contract for the project to Adesanya.