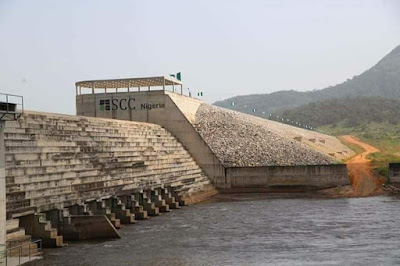 The Federal Government has said the funding for early works of resettlement and surveys is ongoing for the $5.72 billion (about N2 trillion) Mambilla hydropower project in Taraba State expected to generate 3050 megawatts (MW).
There have been legal crisis by acclaimed local partner, Sunrise Power and Transmission Company, that could derail the kickoff of the project in 2019, Daily Trust reports.
However, the minister of Power, Works and Housing, Mr Babatunde Fashola, on Saturday night in a televised response to the crisis said the President Muhammadu Buhari administration does not want middlemen or ’10 percenters’ for the project, describing Sunrise’ claims as baseless.
Giving a ray of hope, he said: “We had provision for our counterpart funding in the 2018 budget and we have also done so in the 2019 budget. Our contribution to even start the early works, planning the surveys, resettlement is going on.
ADVERTISEMENT

“The president has approved that part of that money should come from the Infrastructure Development Fund funded by the Nigerian Sovereign Investment Authority (NSIA),” the minister stated.

The 3050MW Mambilla hydropower project was originally 2600MW when it was conceived and had been on the drawing board for about 40 years. It had seen controversies since 2003 and was at the point of being flagged off in 2014 before it fell for another legal hurdle.
The Federal Executive Council (FEC) on August 30, 2017 approved the award of the contract to Messrs China Gezhouba Corporation (CGC), Sinohydro Corporation Limited and CGOC Group Limited. Fashola then signed the $5.72bn contract with the firms in November 2017.
It is expected to be completed in about 60 months if it begins in 2019 as been projected.
Fashola said 116 local firms have expressed interest to provide finance consultancy, logistics and security services within the six year construction period.
Mr Fashola in November 2018 said the Federal Ministry of Finance was concluding negotiation for the financing with the Chinese Export Import (EXIM) Bank for an 85 per cent level and a 15 per cent counterpart funding from Nigeria.
In a November 2018 petition to President Muhammadu Buhari by the Chairman/CEO of Messrs Sunrise Power and Transmission Company, Mr. Leno Adesanya, said it was excluded after it was awarded the Build Operate and Transfer (BOT) contract in 2003 but was sidelined as the local partner during the contract signing.
It said the issues surrounding the project are now before the International Criminal Court (ICC) Arbitration Panel in Paris. The litigation was also captured by the website of the Federal Ministry of Power, Works and Housing accessed while compiling this report.
It said: “The Mambilla project is currently a subject of litigation instituted by Messrs Sunrise Power & Transmission Ltd. The issue in dispute is a claim by the plaintiffs that a subsisting contract for the construction of the Mambilla Hydroelectric Power Project on the basis of a BOT concession exists in their favour.”
Daily Trust learnt that the Attorney-General of the Federation and Minister of Justice, Mr. Abubakar Malami, had in a 2017 memo recommended to then Acting President, Prof. Yemi Osinbajo, that the prior interest of the local partner, Sunrise Ltd be accommodated.
The firm also alleged that part of the funding for the Mambilla project was to be used to build a 1,500MW solar power project which, it claimed, was not in the original plan for the contract.
Sunrise contract claims baseless, agents don’t add value – Fashola
In his response, Mr Fashola on Saturday night said commission agents like Sunrise don’t add value and that it was excluded from the Mambilla contract because the Federal Government never awarded any contract to Sunrise Power.
He said: “Nigeria’s economy has been challenged by people who in the past acted as commission agents, brokerage agents, 10 ‘percenters’ who really don’t add value. So who is this contractor who claims that he has a contract? What has he built before to be entrusted with a $5bn project?”
Fashola explained that the FEC on May 21, 2003 rejected a memo for the contract award to Sunrise Power by the then minister of Power, adding that “No decision to award the contract was taken at that meeting. They gave the minister directives to go and do other things and come back with the memorandum.”
The minister further said the same minister on May 22, 2003 however conveyed a ‘FEC approval’ letter to Sunrise saying “that FEC had approved the contract that was not approved. And within 24 hours, the contractor was purported to have accepted the contract.
“Six months later, after that minister was changed, the new minister for power then said there was no agreement to this effect, am cancelling the contract. That is the contract that this contractor has kept around since 2003, claiming under the PDP administration that he has a contract,” Fashola stated.
He said on assumption in 2015, government got the Chinese contractors from the court and they were made to sign a joint venture agreement. It then became an issue of Nigerian government with the Chinese government, using Chinese contractors to be funded by China Export Import (EXIM) Bank. “So in a government to government relationship, where is the middleman’s role,” the minister queried.
‘No injunction stopping Mambilla project’
The minister, who questioned the character of Mr Adesanya of Sunrise Power said: “The MT Tuma case during Ibrahim Babangida’s administration when I, remember they said a vessel load of petrol was missing. If my memory is correct, I think there were criminal charges at the time, I don’t know how they were concluded.”
Fashola also said there is no injunction stopping the project. “President Buhari is saying we are dealing with legitimate businessmen and the period of percentage and brokerage is over. That is the truth. There is a court case but there is no injunction.
“I went with the former Minister for Finance, Mrs Kemi Adeosun, to negotiate with the China EXIM Bank and we brought up this arbitration issue and they said it wasn’t an issue for them that they are going to deal. But in structuring the finance, there is going to be some hurdles to cross because it is a big project,” the minister said last weekend.