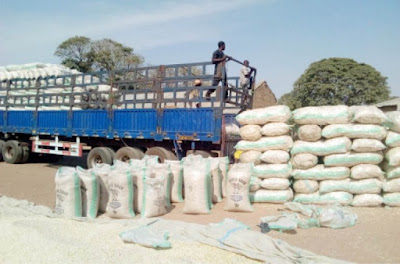 Hundreds of Chinese businessmen are now in many rural markets in Taraba engaged in buying a number of products.

North East Trust investigation revealed most of them are into buying of Rose wood, popularly known as Madrid, and farm produce.

It was gathered that the Chinese, using local agents, are buying the wood directly from the loggers in the forests in Gashaka, Sardauna, Bali, Donga and Ardo- Kola local government areas.
North  East Trust further learnt that the businessmen started making forays into the state in 2015 and buy the wood for export to their country.

They buy several hundred trucks load of the wood and transport it to Lagos for shipment to China.

Our reporter observed that the businessmen are being provided with security agents for protection, to move into rural markets and forests across the state.

According to Garba the wood is processed into  small sizes before being transported  and it is being used in the production of gun bud and furniture.
He said each truck cost between N5 million to N5.5 million, depending on the quality of the wood, while the state government was getting   N500, 000 on each truck as tax.

Large forest of Rose wood is only available in few states in the country with Taraba state having highest quality of the product.

Apart from the Rose wood the Chinese are also buying  cassava.
Investigation showed that the price of the commodity has gone up since the Chinese ventured into the trade.
A local agent, who buys the product on their behalf, Mallam Yakubu Yarima, told our reporter that the commodity was, few months ago, being sold at N1,700 per 100kg but has now jumped to N2,300 per 100kg.

Our reporter saw several trucks being loaded with the commodity purchased at Yarima, Mutum Biyu, Garba Chede and Tella markets.

However, the Chinese declined to speak to our reporter when they were approached for an interview.