"No Pay No Work" According to ASSU Taraba State university  Chapter. 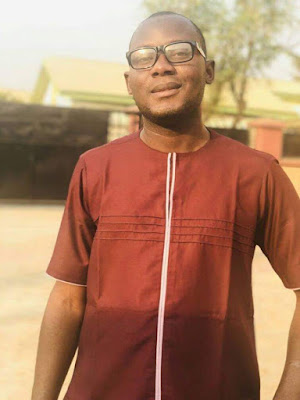 It is with heavy heart of melancholy that I write this public letter to you.

It is no more a news that the Academic Staff Union of University's (ASSU) Taraba State university  Chapter are on strike because of the insensitive of your administration to pay their 4years allowance and 5month salary.

Sir, your attitude towards Taraba State University lecturer's whom the government owe about 4years allowance and 5month salary, is disrespectful and unprofessional.

Sir, did you in anyway place yourself in their shoes, did you ever realise these hard workers have families to carter for?

What do you expect students of TSU who do not have certificate to do at home?

Sir, did you remember Taraba State is one State which is ruined in abject poverty, and Taraba State University is a basic source of income for indigenes within and outside the school premises. Why do you want to kill your own people with hunger sir?

Sir, your ability to do something's that are mundane to you and reasonable to the people vindicates you as a leader. Education is the superstructure that all other infrastructures can be built upon.

Prophet Muhammad and Jesus Christ (pbu them) never built any infrastructures, yet they linger in the minds of people today. They have been able to dig deep into the people's consciousness till date because they have taken their time to educate the people.

It is on record that Taraba State Government refuses to fund Taraba State University , No subventions to the school, laboratory are bad.

I call on all stakeholders in the state to appeal to the state governor to listen to the lecturer's and end the strike.