Prices of foodstuffs crash in Taraba 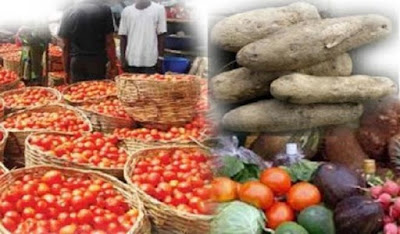 Prices of foodstuffs has come down in Taraba state, investigation has revealed.

Affected by drop in the price include  maize, rice, beans and millet which  came down by  between 20  and 25 percent

A 100kg bag of maize, which sold few months ago at N7500, is now N5000 while
a 100kg if local rice, sold previously at N32,000, has come down to N27,000.
ADVERTISEMENT
Similarly paddy rice, which was sold at N7000 per 100kg is now sold at N4000.
Our finding further revealed that arrival of rainfall in most part of the state has forced farmers to  bring out their produce to the market resulting to the fall in the price of food items.
It was also gathered that grains merchants who used to patronize Taraba rural markets no longer come in their numbers.

Many stores in Iware Garba_Chede,Mutumbiyu and other markets across  state are said to be stocked with grains without buyers.
North East Trust gathered that bumper harvest witnessed by dry season farmers has contributed to crash in the price of local rice in the state.

A farmer,Alhaji Dauda Bali told our reporter that he had a stock  of over 700 bags of maize and there are no buyers.
According to him, he needs money to buy fertilizer and pay labourers working  on his farm but  the situation is yet to show any sign of improvement.
Alhaji Dauda Bali stated that he would be force to reduce the size of his farms because of shortage of money.
It was also discovered that the prices of animals has come down in all the cattle markets in the state.
A cow sold at between N200,000 to N230,000 few months ago is now  sold at between N190,000 to N200,000 our finding further revealed.