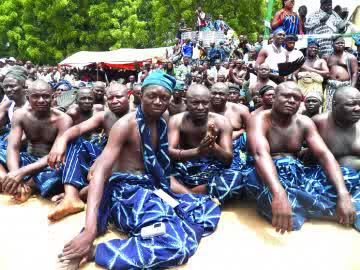 • Say No Accommodation For Tiv Nation

The dreams of the Tiv domiciling in Taraba State to be accommodated as members of the Wukari Traditional Council, have turned out to be a mirage as the Jukun nation urged their Tiv neigbour to disregard the idea of implementing the 10- point agenda, particularly reconstituting the Wukari Traditional Council, to accommodate them.
Speaking, yesterday, in Jalingo, on “the alleged incessant attacks on Wukari Local Council by the “Tiv militia from Benue State,” the leadership of the Jukun ethnic group urged the Tiv community to immediately put aside the ambition of being considered as members of the council. ”
Led by the member representing Wukari Two Constituency in the state House of Assembly, Pius Sabo, the Jukun asked the Tiv nation to disregard the idea of implementing the 10- point agenda.”
Sabo said: “No emirate council in Nigeria has given membership to other ethnic groups residing in its domain because of their population.”
He charged the “Tiv militias to desist from attacking Jukun communities and Wukari Local Council and embrace peace. ”
The leadership of the Tiv Cultural and Social Association led by its President General, Chief Goodman D. Dahida, had earlier identified the inclusion of the Tiv in the Wukari Traditional Council, as the surest way of bringing to an end the incessant upheavals between the Tiv and the Jukun, a proposal, which the Jukun vowed to ensure does not see the lights of the day.
GUARDIAN