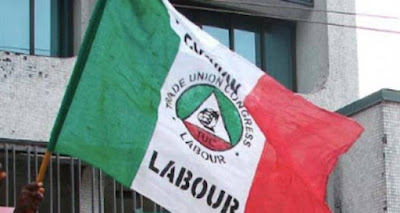 The chairman spoke in Jalingo in an event to mark Workers Day. The labour chairman also called for a lift on the ban on empowerment, adding that many civil servants had retired and that there was an urgent need to employ new hands to replace them.

Thousands of workers who gathered at the Jolly Nyame Stadium, Jalingo, the Taraba State capital, for the 2019 Workers Day celebration were disappointed as the Deputy Governor of the state, Haruna Manu, who represented the governor, did not mention the state government’s position on the new minimum wage.

Dep. Gov. Manu, however, commended Taraba workers for supporting his boss by re-electing him for a second term.
The deputy governor also congratulated the new leadership of the Nigeria Labour Congress (NLC) in the state for the successful conduct of their congress.