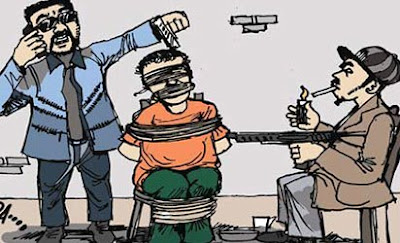 A missionary identified as Jeremiah Tweinta has been abducted by gunmen in Gongomaliki area of Jalingo, Taraba State capital.

Meanwhile Madam Susan Jonathan, Permanent Secretary Taraba state Ministry of Water Resources was released by her abductors. The PermSec was kidnapped on Sunday at her residence in Jalingo.

Twentia, who is a missionary with Peculiar Treasure Mission was kidnapped early Tuesday morning.
This was after the kidnappers shot into the air to scare residents of the area.
According to a family source, Twentia was sleeping in his hut when the hoodlums picked him up and took him to an unknown destination.

The source said the hoodlums are yet to contact them for ransom or any condition to be met for his release.
The Police is yet to officially confirm the abduction.