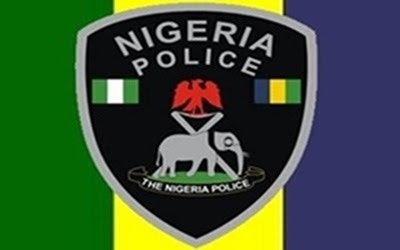 The Police have gotten a major clue in nabbing the criminal mafias behind various crimes and kidnapping in Southern Taraba.

There was wild Jubilation in Takum on Wednesday night when news flittered in that Nigerian Army officers have dislodged ‘popular’ kidnapper’s base in Takum local government area in Taraba state.
The Nigerian Army men  arrested some kidnappers who have been causing unrest in Takum, those arrested however turned out to be allies of Takum Local Government Chairman Hon. Shiban Tikari.
Two  dead bodies were found inside a Toyota Hilux van allegedly belonging to the Local government chairman alongside some armed men.
According to an eye witness, the Tikari’s men were about to dumb the dead bodies at Kwari were late Hon Hosea Ibi's, a member of the state House of Assembly corpse was found after he was kidnapped in Takum in 2018.
"On process of dropping the bodies, a man saw them alerted the youth of the community who with the help of security operative on Jenuwa Gida's road, apprehended the driver and another while the second man with escaped with the arms in the Chairman vehicle.
The driver after interrogation by locals confessed that the Chairman of Takum LGA Hon. Shibam Tikari gave them the vehicles with instruction to drop the bodies at the spot."
One of the locals said  the aim was to re-enact a crisis between Kuteb and Fulani in the environment.
‎Residents of Takum are however keeping all eyes on the police to ensure the case is not swept under the carpet, insisting that all those involve in the crime must be prosecuted according to Nigerian law.
Several sources said there are indication the LG boss might be an accomplice in the several cases of kidnapping and killings in Southern Taraba, saying this is the second time his name will be mention to related crime.
A resident who does not want to be mention said politicians in the state truly know those behind the crime but are shielding them for political interest.
"We know that the Chairman cannot deny knowing about the kidnapping and killing going on in the area, we know but we can't speak out because he's in power and very close to the governor. Several attempt to nail him failed because of politics but this time, it will be tough for the police to compromise.
"He has several boast of his high security connection and how nobody can touch him, so we all keep quiet, this case is a clear one, we video the man when he said it was Takum chairman, Hon Tikari that ordered them to bring the dead bodies to this particular spot, same spot Hon. Ibi who was killed was dropped last here. There is something to unravel here, if police will do there work the truth will come out.”
The eyewitness alleged that the police is under intense pressure to change the narrative and absolve the local government chairman of the crime.
They changed the Narrative
Taraba Truth and Facts is aware of a grand ploy by some government officials to shield Chairman of Takum Local Government from the suspected killing of the man found in his vehicle.
The cover up is to change the story that a group of vigilante killed some robbery suspect and were taking the dead body away when they were intercepted by some community youths.
The Chairman of Takum local government area, Mr Shiban Tikari in a telephone interview said the two dead persons are armed robbers shot down by local vigilante group who were on patrol last night and the Toyota Hilux van was donated to the vigilante group personnel who are helping in securing the area against kidnapping, armed robbery, herdsmen attack among other negative vices.
Accordingly, he revealed that, after engaging the armed robbers in a shootout, the vigilante discovered that they had succeeded in killing two of them, they then had to put them behind the vehicle and conveyed them to the divisional police outpost in Takum, but were stopped at a checkpoint by the Nigerian Army who interrogated them and asked them to take the corpse to the police divisional office in Takum.
However close watchers are questioning his version of the incident, saying the suspects were apprehended at the point of dropping the dead bodies.
They wondered why the vigilante group did not involve the police after killing the ‘robbery suspect’. Also residents in Takum said there was no news of clash between any group and robbers in the area.
Another resident  said the bodies might be that of kidnap victims in the area, urging the police not to sphere anybody involve irrespective of their political offices.
In 2018 an alleged kidnapper Aondoungwa Hindi had confessed to the involvement of the embattled LG boss in the last kidnap and subsequent murder of the Member Representing Takum Local Government at the Taraba State House of Assembly, Hon. Hosea Ibi.
He said the Chairman had instructed them to kill the deceased and drop off his corpse at Kashimbila in a bid to make it look like the Fulani had done the deed.
The confession indicates involvement of Hon. Tikari, whom Hindi, claimed sponsored the kidnap and murder, many believed the case was swept under the carpet by the police and military.
Police: We are investigating
The Taraba state police command says it has commemce a high level investigation to unravel the rationale behind the suspect possession of dead bodies.
The Taraba state Police Public Relations Officer, DSP. David Misal told Taraba Truth and Facts that the commissioner of police has ordered that the two persons arrested alongside the Toyota Hilux van they used to convey the corpses be brought to Jalingo for investigation.
“We don’t have the Takum chairman in custody because he is yet to be indicted, if we have reasons to arrest  him believe me we will, we are not going to shield anyone involve in this case, the law will take its full cause, that I can assure you.”