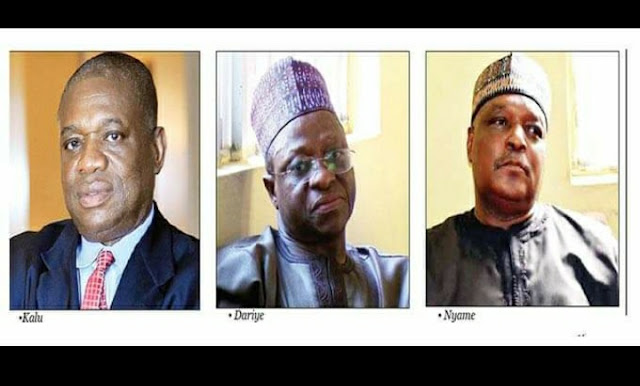 Former state governors convicted of money laundering and corruption did not benefit from the presidential amnesty granted to 2,600 inmates nationwide because they did not meet the requirements, Saturday PUNCH has learnt.

It was gathered that the former governors were not considered for a reprieve because they were convicted of corruption and money laundering aside from the fact that they did not meet some of the criteria stipulated by the Presidential Advisory Committee on Prerogative of Mercy, which advised the President on inmates and ex-convicts deserving pardon.

There had been speculations that high-profile persons, including ex-governors serving various jail terms at the Kuje Custodial Centre, Abuja and other prison facilities might benefit from the pardon announced in Abuja on Thursday, by the Minister of Interior, Rauf Aregbesola.

While Kalu, a serving All Progressives Congress senator, was convicted of N7.1bn money laundering and jailed for 12 years in 2019, Dariye, who was a former senator representing Plateau central district, was jailed for 16 years for N1.126bn fraud in 2018.

Nyame, who was prosecuted by the Economic and Financial Crimes Commission, was convicted and jailed for 14 years for diverting N1.64bn during his tenure as governor of Taraba State between 1999 and 2007.

Metuh is serving a seven-year jail term for illegally receiving N400m from the office of the national security adviser. He was sentenced by Justice Okon Abang of the Federal High Court, Abuja, in February.