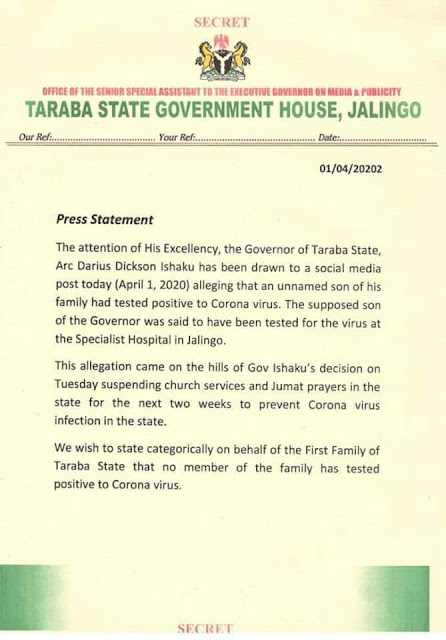 The attention of His Excellency, the Governor of Taraba State, Arc Darius Dickson Ishaku has been drawn to a social media post today (April 1, 2020) alleging that an unnamed son of his family had tested positive to Corona virus. The supposed son of the Governor was said to have been tested for the virus at the Specialist Hospital in Jalingo. 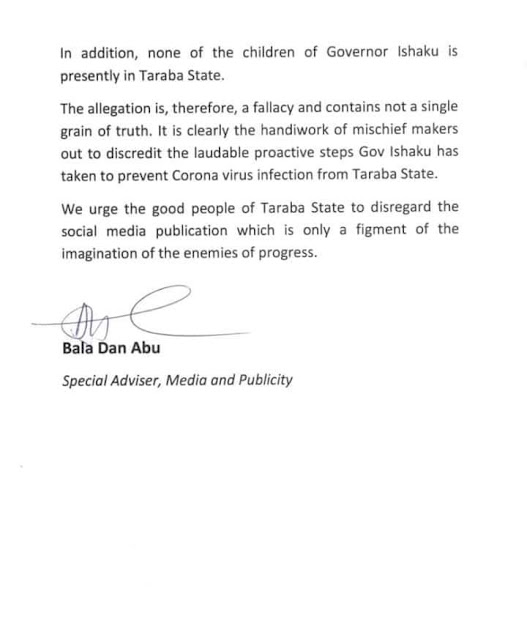 This allegation came on the hills of Gov Ishakus decision on Tuesday suspending church services and Jumat prayers in the state for the next two weeks to prevent Corona virus infection in the state.

We wish to state categorically on behalf of the First Family of Taraba State that no member of the family has tested positive to Corona virus.

In addition, none of the children of Governor Ishaku is presently in Taraba State. The allegation is, therefore, a fallacy and contains not a single grain of truth. It is clearly the handiwork of mischief makers out to discredit the laudable proactive steps Gov Ishaku has taken to prevent Corona virus infection from Taraba State.

We urge the good people of Taraba State to disregard the social media publication which is only a figment of the imagination of the enemies of progress.