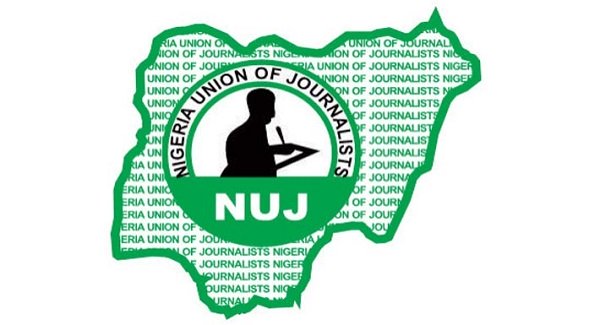 For refusing to call for regular congress meetings, the Correspondents’ Chapel of the Nigeria Union of Journalists (NUJ) in Taraba State has impeached its exco led by Wole Ayodele of Thisday Newspaper.

18 of the 25-member Chapel signed the impeachment notice.
Sani Sulaiman of the Federal Radio Corporation of Nigeria (FRCN), in a conference at the NUJ Centre in Jalingo, said the impeachment followed a vote- of- no confidence earlier passed on the excos.

He explained that for refusing to hold congresses, the excos has violated Article 5(F)(6.a) of the Constitution of the Nigeria Union of Journalists (NUJ).

“The inability of the exco officials to hold congresses translates to lack of transparency and accountability in the administration of the chapel,” he added.
He said that Congress acted under Article 7, Subsection 3(III) of the NUJ Constitution to impeach the officials who have betrayed their trust.

Sulaiman added: “When the former Secretary of the Chapel, Mallam Nabilu Balarabe of NAN, left on transfer for over two years, even as at the time of this press conference, the Ayodele-led exco has refused to fill the vacancy through a bye-election.
“This violates Article 5(F)(5.a) of the NUJ Constitution which says such a vacancy shall be filled through bye-election within a period of three months.”
The names of the impeached officials are: Wole Ayodele of Thisday (Chairman), Odeh Ogaji of The Voice (Vice Chairman), Justin Tyopuusu of The Punch (Assistant Secretary), Gabriel Yough of News Agency of Nigeria NAN (Treasurer), John Mkom of Leadership (Financial Secretary) and Athanatius Okerafor of Daily Times (Auditor).
The impeached officers are directed by Congress to return to the acting exco all documents and properties in their possessions belonging to the chapel within 24 hours.

“Any member of the public or group who transacts any business with the impeached officials on behalf of the chapel does it at their risks,” Congress said.
Congress promptly appointed new officers to act.
They include: Alhaji Magaji Hunkuyi of Daily Trust (Acting Chairman), Nathaniel Gbaoron of BusinessDay (Acting Secretary) and Bashir Adamu (Liberty TV/Radio) as Acting Treasurer.
The Congress also set up a five-man team to “recover all Chapel’s documents and properties still in possession of the sacked officials and report back to Congress within 21 days.
The team is made up of Ben Adaji of the New Telegraph as Chairman, Andrew Ojih (Blue Print) as member, Sylvanus Viashima of The Sun (member), Yusuf Bawuro of Radio Gotel (member) and Salisu Waziri (VON) to serve as Secretary.