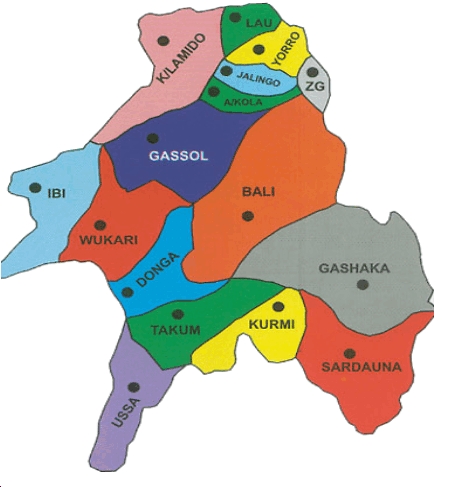 Several people are feared killed in a violent clash between Shomo and Jole ethnic groups in Lau Local Government Area of Taraba State.

It was gathered that Shomo Sarki town was completely burnt down during the clash which claimed several lives. The clash was traced to dispute over ownership of a fish pond. Daily Trust gathered that two ethnic groups located close to River Benue that passes through Lau Local government Area have been in serious dispute over ownership of the fishing pond for many years.

It was further gathered that bloody clashes involving the two ethnic groups were recorded in the past years which prompted banning of the two groups from fishing in the disputed pond by the state government.

A source in the area said one of the ethnic groups attempted to enter the pond to fish but was violently resisted by the opposing ethnic group which resulted in the clash. Hundreds of people including women, Children and elderly persons have fled the area.

Contacted, the Police Spokesperson, DSP David Misal confirmed the incident. He said the Police Command received news of the bloody clash between Shomo and Jole ethnic groups and a Deputy Police Commissioner is leading team of policemen to the community and has been making efforts to restore peace. He said some casualty was recorded but could not give the number of people killed.

“We received news of the clash today and some casualty recorded, but it is not possible to provide the number of people killed. A Deputy Commissioner of Police is leading operation in the area with a view to restore peace.” DSP Misal said.