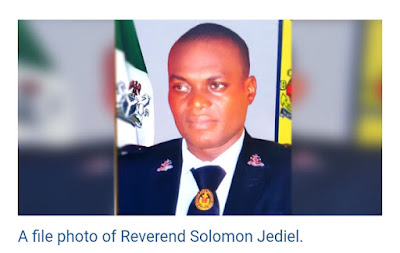 A clergyman, Reverend Solomon Jediel, has regained his freedom four days he was abducted by armed men in Taraba State.

Reverend Jediel, a gospel preacher with the United Methodist church, Mallum, a suburb of Ardo-Kola Local Government Area, was kidnapped by the gunmen in the early hours of Tuesday.

According to a family source who preferred anonymity, a ransom of N700,000 was paid to the kidnappers before the clergyman regained his freedom.

The source added that the abductors contacted the family on Saturday morning after paying the ransom to come and pick the victim at Mararaban Mallam-Ali junction.

Following his abduction, Reverend Jediel’s abductors had called his family to start saving up for his release.