Court awards N200.000 as damage to envoy , restrains council, others from trespassing on land 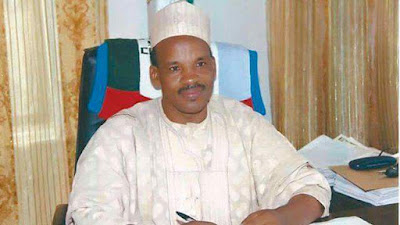 At last, the land dispute between the Nigerian envoy to the Republic of Trinidad and Tobago, Hassan Ardo Jika and the Sardauna local government council of Taraba state, as well as other parties have been finally laid to rest as the State High Court sitting in Jalingo, ruled in favour of the ambassador .

The lingering land dispute which last for four years, was today laid to rest as the state high Court Judge, Yusuf Bashir, issued an order of perpetual injunction is restraining the defendants, their privies and agents from further encroaching or trespassing on the land in dispute.

Awarding the Plaintiff the sum of Two Hundred thousand Naira as damages
the judge noted that the defendants were not able to prove that they were the rightful owners of the said land and that their actions amounts to “criminal trespass”.

In the said suit filed at the court on the 20th February, 2017, the plaintiff, as observed by The Guardian had earlier prayed the court to stop the defendants from encroaching on the land .

More to that prayer, the plaintiff also asked the court to urges the defendants to pay him the sum of five hundred Million Naira as damages from the activities of the defendants which the judge reduced to two hundred thousand naira.

In his judgement, the judge said ” base on the evidence made available to this court, title is hereby declared in favour of the plaintiff and all other successors of the Late Ardo Hassan Hainare, over all the land in dispute.

Stating that ” An order of perpetual injunction is hereby issued restraining the defendants, their privies and agents from further encroaching or trespassing on the land in dispute. A declaration that the action of the defendants amounts to trespass for sanction to the sum of two hundred thousand Naira awarded to the plaintiff as damage.

“The defendants” as instructed by the judge “are ordered to retrieve all trees planted by them on the land or forfeit them to the plaintiff”.

Reacting to the Judgement, the council to the defendants Barr. SB Mariaki said the judgement reflects the position of the court and said that his client will ” most likely appeal the judgement “.

On his own part, the counsel to defendant , Martins Milkman said that the judgement was ” an iron cast judgement that reflected very sound judicial prudence and tenacity that will stand the test of time and any challenges”.