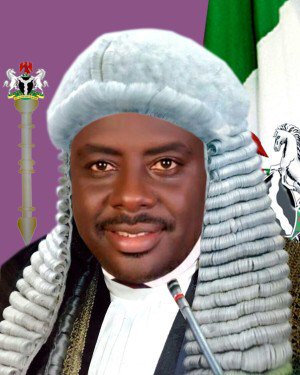 Taraba State House of Assembly and security agencies in the state have initiated moves that would tackle the rate of communal Clashes, kidnapping and other security challenges in the State.

In a closed door session presided by the Speaker of the house Hon. Peter Abel Diah alongside the Security Chiefs in the State, the house also proffer solutions on how security challenges in the state could be eliminated.

In a communique sign by the Assembly and all the security chiefs at the end of the meeting, it was noted that, the security of everyone starts with the individual and that the efforts of the state House of assembly was in the right direction.

The meeting commended the efforts Governor Darius Dickson Ishaku in being highly sensitive to security matters and providing logistics to security agencies to tackle security challenges.

The meeting commended the security agencies in Taraba State for their prompt and effective handling of security challenges in the State so far.

The meeting lamented the inadequacy of security personnel in the State who will more effectively tackle security challenges generally.

The meeting decried the incessant ethnic and or religious crises in the State, the result of which security energies are dispatched on instead of trying to contain crime and criminality.

The meeting also explored the need to urgently attend to the logistic needs of security agencies for effective security operations in the State. That, the Honourable House further commended the security outfits in curbing and napping of any breach of peace and order in the State.

That, despite the fact that Taraba State is the most peaceful State in the North-East sub-region, the rate of kidnapping in the State calls for more effective surveillance by the security organizations to completely reduce the menace.

The meeting further noted that the security outfit needs logistics (vehicles) to enable them to patrol the entire State to check any security breaches in the State.

The meeting similarly called for more emergency and communication within and among security agents in order to tackle security challenges in the State.

The meeting particularly emphasized the need for the State to procure a tracker and other necessary machinery and equipment needed to combat criminality in the State.

The meeting challenged the Youths in Taraba State to unite irrespective of party differences and combat crime and criminality. In this, the meeting believes it can be done through the exposure of criminals and the protection of their local environments.

The meeting frowns at the situations where the culprit is apprehended and handed over for prosecution, yet those in charge of prosecuting the victim turn around and release the culprit.  That this behavior is very discouraging.

The meeting called upon the State Government to install street lights within Jalingo and other major urban areas in the State so as to prevent criminals from hiding in the dark to perpetrate their heinous crimes.

The security chiefs unanimously commended the House of Assembly for this meeting and encourage the Honourable House to keep it up.

The meeting also enjoined the relevant authorities to clear the illegal parking of vehicles and shops along the highway at the roadblock in Jalingo.

The meeting noted that the Taraba State Vigilante Services and Neighborhood Watch Law 2017 is not being enforced. The meeting, therefore, called on professional security agencies like the Police, DSS, Civil Defence, etc to be engaged in training Vigilante groups across the State.