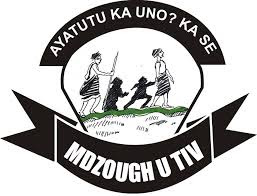 Tiv socio-cultural organisation, Mzough u Tiv, has debunked claims that there were arguments and counter-arguments at the peace meeting recently initiated by the Federal government to look into the communal crisis between Benue and the Taraba states governments at the Yar -Adua Centre Abuja.
The body which is the umbrella organisation of the Tiv all over the world, in a statement signed by Chief Edward Ujege and Boniface Ukende, President- General and Secretary-General respectively, expressed shock at the comments and misgivings against the Benue State government and the Tiv Traditional Council by the National Association of Jukun-Wanu (NAJUWA) in Benue State on the 24th September, 2019 in a national daily.
The organisation observed that NAJUWA’s media report was coming on the heels of some committed efforts by the Federal, and governments of Benue and Taraba states to resolve the lingering conflicts between the Tiv and the Jukun in Taraba State.
The Mzough u Tiv noted that similar comments of the Jukun-Wanu in Benue State were aligned greatly with those of the Jukun National Forum in Taraba State which appeared in three national dailies on 26th August, 3rd and 4th September, 2019 respectively.

“The meeting concluded that the crisis between the Tiv and the Jukun in Taraba State was an internal crisis to be resolved through the collective efforts of the Taraba State governor, Arch. Dairus Ishaku, the Aku Uka and the Tiv and Jukun of the state.
“We note, however, that since the conclusion of the peace meeting held in Abuja, the Taraba State governor had convened another peace meeting in Jalingo but Jukun militia have continued their bloody attacks on Tiv settlements and targeted killings of the Tiv in Taraba.”
While noting that the Tiv are not against the Jukun and other ethnic groups in Benue State, the socio-cultural body stated that the claim that the Jukun-Wanu founded Abetse (Abinsi) settlement is false stressing that “it is on record that at the advent of the Europeans, ‘Tiv country’ extended from a hundred miles from Lokoja to Ibi covering 20,000 square miles on both banks of the River Benue.
“Abetse, as it was then called, was a Tiv settlement. The name was corrupted in colonial records to Abinsi.
On the alleged marginalisation of the Jukun-Wanu, the Mdzough u Tiv said the publication of the Jukun-Wanu was ill motivated and tacitly designed to undermine peace and tranquillity in Benue State by importing the crisis currently going on between the Tiv and Jukun of Taraba into Benue.
“This is intended to mischievously portray to the world that the Tiv are a troublesome people who are always bent on creating unrest in different parts of Nigeria. Most of the issues raised by the Jukun-Wanu are blatant lies entirely new to the Mdzough U Tiv,” the statement read in part.