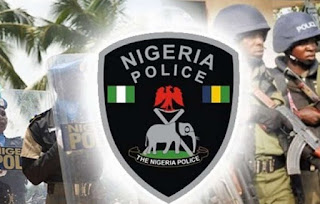 According to information available to
LEADERSHIP revealed that the kidnappers blocked the Wukari Jalingo High Way at about 6:12 PM on Sunday and attempted to divert two vehicles that were proceeding from Wukari to Jalingo to their hide out.

The incident as gathered reveal that the two vehicles were coming from Wukari with about 13 passengers when they had encounter with the kidnappers.
Although the police public relation officer PPRO Taraba state command David Misar confirm that only two persons were killed by the kidnappers, those who were at the scene insisted that four persons were shot and killed instantly by the kidnappers.

Those who spoke to LEADERSHIP at the scene also said some of the passengers were wounded with bullets wounds and were conveyed to the hospital.

The PPRO denied knowledge of any other casualty at the incident, he said the police responded to the distress call and swung into action at the scene of the incident, according to him, seven persons were rescued by the police and were freed to go to their various houses.
“2 persons were confirmed killed, seven rescued, I don’t have records of any other casualty at the scene. David Misar stated.