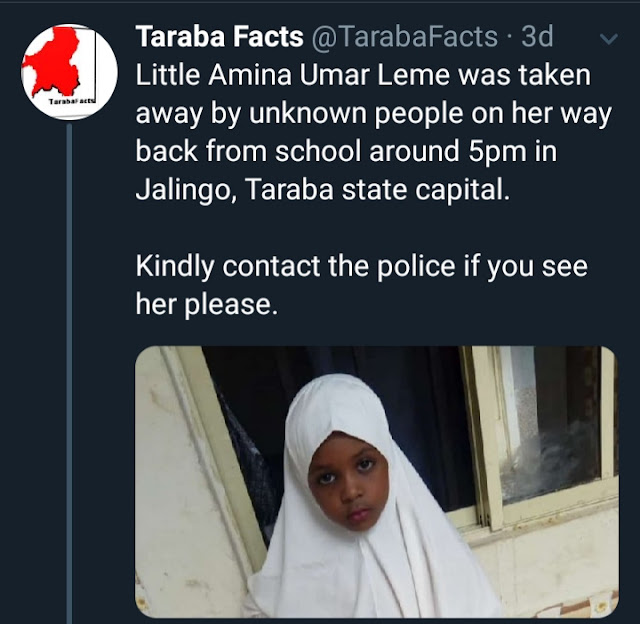 One of the suspect, a 200 level Geology student of Modibbo Adama University Yola, AbdulBasit Umar who is 22 years old happens to be the biological brother of the 10 year-old victim says the Police. 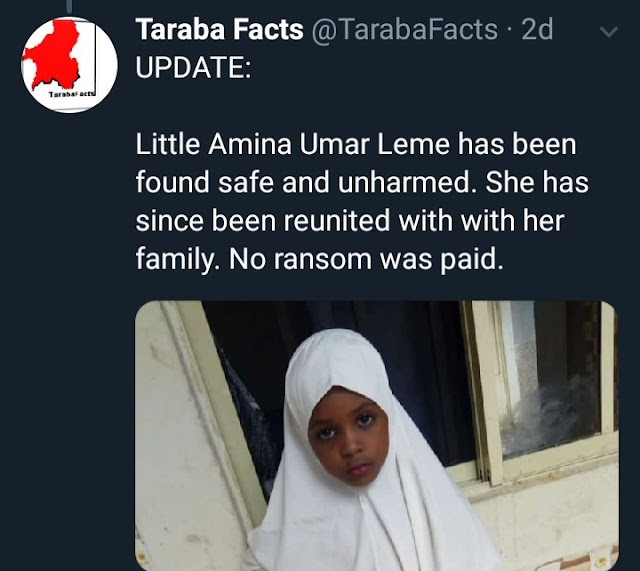 The Police Public Relation officer, Taraba command, DSP David Misal, who paraded the suspects along with 19 other suspected kidnappers and armed robbers, said AbdulBasit and his accomplices were arrested by the police after being tracked when they were collecting N4million ransom at a location in Jalingo.

He said the AbdulBasit, two of his accomplice, Abdullahi Habib a 21 year-old undergraduate of Adamawa State University Mubi and Sadiq Dalhatu a 27 year- old, had lured the girl into a saloon car with registration number MKF 67 JK Kaduna and took her to Dove Hotel at Mayo Dassa in Jalingo where they held her captive.

DSP Misal explained that the suspects later called the parents of the girl and demanded N10 million ransom but the amount was negotiated to N4 million He said however the telephone number the suspects were using in demanding the ransom was tracked leading to their arrest when they were collecting the ransom. The key suspect and biological brother of Amina Umar, AbdulBasit Umar told journalists that his intention was to use the ransom money to travel abroad.