Kidnappers on the run ■ How Taraba community chased out bandits 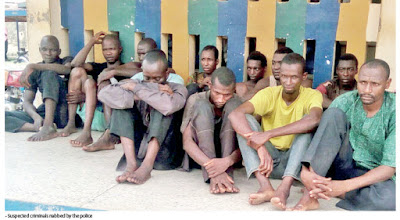 Gongo Maliki, a farming community, some 13 kilometers, North of Jalingo, Taraba State capital, has enjoyed peace and stability at a time other communities are bedeviled by heart- rendering crimes.