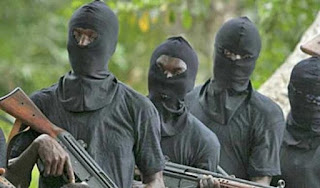 Daniel Mbatelen abducted by yet to be identified persons in Taraba State has escaped from the custody of his captors.
According to a family source, Mbatelen ran into the family compound at Dan-Anacha on Saturday afternoon while they were holding a meeting on how to raise the ransom demanded for his release.

The source added that Mbatelen was unhurt, and how he escaped remained a mystery his relatives do not understand.

The chief’s escape from captivity came hours after his abductors contacted his family members through telephone and demanded a ransom of N100 million, Channels TV reported.

Mbatelen, the chief of the Tiv cultural group in Dan-Anacha, at a suburb of Gassol Local Government Area of Taraba State was abducted on January 1, 2020.