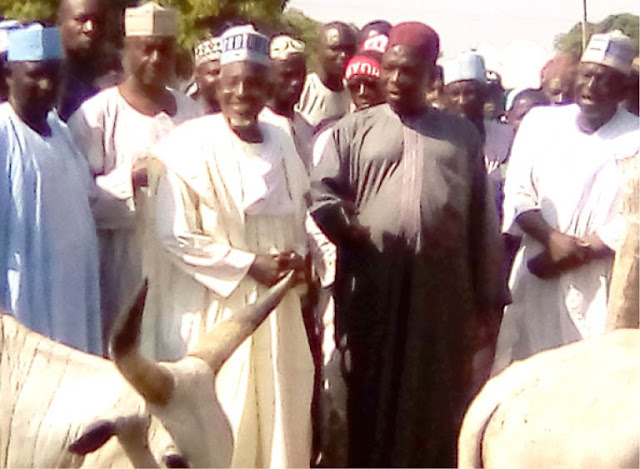 The Mutumbiyu community, Gassol Local Government Area in  Taraba State has opened a cattle market aimed at boosting economic activities in the area. The Chairman of Mutumbiyu Development Association, Alhaji Tukura Julde told North East Trust in an interview  that the market would solve the problem of pastoralists travelling long distances to take their cattle to markets.

He said the area had large population of pastoralists who complain of long distances they cover to reach neighbouring cattle markets.

Alhaji Tukura Julde said the main occupations of people in the chiefdom are farming, fishing and cattle rearing due to vast grazing land and rivers that provide water all year-round. He said although the town could boast of a big grain and fish markets there has not been a cattle market in the area until now.

The chairman said they got a donation of the land from the Chief of Mutumbiyu, Alhaji Sani Muhammed, where they established the cattle market.

Alhaji Tukura Julde said the management of the market have plans to build stalls, borehole and parking space soon to ensure hitch-free operations. He said stakeholders have agreed to ban night movement of cattle into the market to avoid theft.

He, however, called on security agents, especially the police, to assist in providing  security on market days and reduce the number of check points along roads leading to the market. The Chief of Mutumbiyu chiefdom, Alhaji Sani Muhammed also said the market would boost the economy of both the local council and the community. He urged those charged with running of the market to be honest in their activities in order to attract cattle merchants and owners to the market