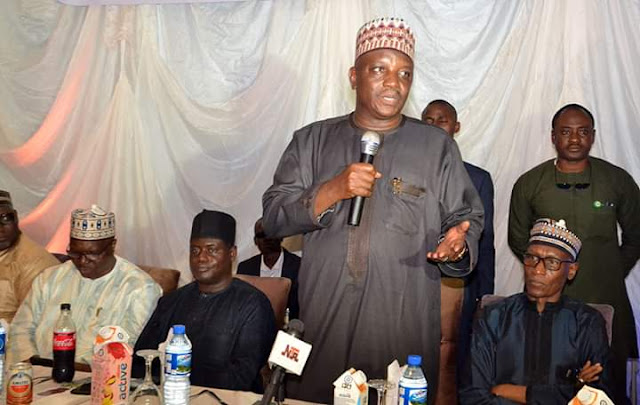 Minister of Power Engr. Sale Mamman has said that survey work for the 3050 megawatts (MW) Mambilla hydropower project will be completed in the next two months, while payment of compensation to people affected in the communities will follow immediately.

Mamman, who said they were starting the project almost from the scratch, added that until recently, there was nothing on ground at the site of the $5.7 billion (about N2 trillion) project in Taraba State.

Engr. Mamman made the disclosure yesterday in an exclusive interview with Daily Trust. He said he was surprised when he met nothing on ground at the project site, noting that not even the land for the construction had been acquired.

Mamman was among the ministers appointed by Buhari in August 2019. Few months after the president won a second term saw him unbundling some ministries including that of power, works and housing. Asked to comment on the status of the Mambilla hydropower project, Mamman said, “When I assumed office, I told everybody what happened. All these years talking about Mambilla, nothing had been done. I was surprised that I did not see anything on the ground. “We have not even acquired the land from the state government. Even to enter an agreement with the state government on the acquisition of the land had not been done.

It is only this Buhari government that is trying to do something about it now. “With my coming, we have made a move and the president is giving me all the support. I have gone far and it is like we are about to kick off any time from now,” Mamman explained.

Mambilla project site survey ongoing The minister said President Buhari has approved fund for the survey. “We got the land and we have entered a Memorandum of Understanding (MoU) with the Taraba State government. “We have just finished remitting the money for the survey and immediately they finish, we will go for the remuneration and we will start paying compensation,” he said.

On the project’s commencement timeline, Mamman said the surveyors had asked for at most two months to complete their work. “After that, those who will pay compensation will take about a month to clear the payment. After that, the companies will start rolling in to clear the site, construct the roads and start bringing in equipment for the project to begin,” he stated. He said all these were achieved with his assumption of office.

“These are the pointers that the project has already become a reality. This year, I assure you that we will make progress because there was nothing like that when I came. “I assure you that all the issues about the project will be cleared. We have agreed with the governor of Taraba and he has given us the site for us to commence work,” the minister said. Where Fashola stopped in the power sector The former minister, Babatunde Fashola, in December 2018 said government had started funding early works of resettlement and survey for the project. On the court case involving Sunrise Power, he had said in a televised response that the President Buhari administration does not want middlemen or ’10 percenters’ for the project, describing Sunrise’s claims as baseless. “We had provision for our counterpart funding in the 2018 budget and we also did so in the 2019 budget. Our contribution to start the early works, planning the surveys, resettlement is going on. The president has approved that part of that money should come from the Infrastructure Development Fund funded by the Nigerian Sovereign Investment Authority (NSIA).”