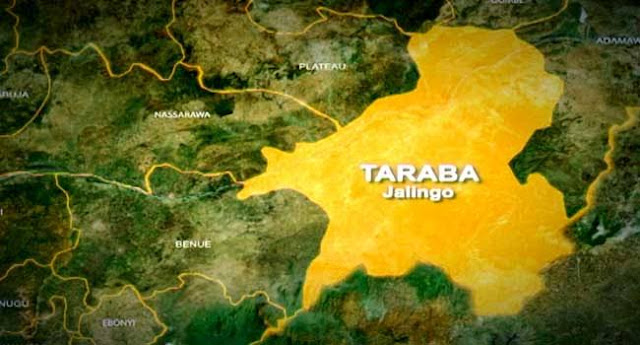 Chairman of Gassol Local Government Council in Taraba State, Tanko Maikarfi, has called on the state government to empower local hunters and vigilante personnel to tackle kidnapping and other crimes in the state.
Maikarfi, a former deputy speaker of Taraba House of Assembly told journalists in his office that kidnapping and armed robbery were on the rise because security personnel lacked knowledge of the hideouts of the criminals.
He said the tension that arose between Tiv and Jukun in Dan-Anacha over the change of name of teh village to Kwararafa by Governor Darius Ishaku  had been brought under control.
He, however, said the community had  been placed on red alert following  the leadership tussle of who controls the yam market.
“The issue of insecurity is a serious challenge for me and the state. Yesterday in my village, five persons were kidnapped, but the vigilante and hunters rescued them.
“There is another case of kidnapping that the local vigilante and hunters are trailing. The truth of the matter is that soldiers, police and civil defence officers don’t know the bushes and  hideouts of these criminals like the hunters and the vigilante people.
“A joint  operation involving the hunters, vigilante and security personnel will help in addressing the problem and we must support them as a government.
“I want to call on the Taraba Government to come out with a strong vigilante team and support them with local weapons to fight insecurity.
“Each community should be allowed to recruit people who are of good conduct to police their community. The community support and engagement will yield the desired result,” he said.
Maikarfi who said he has achieved much within his short time in office, noted that if the security of the local government improves, it would  bring the needed development to the people of Gassol.