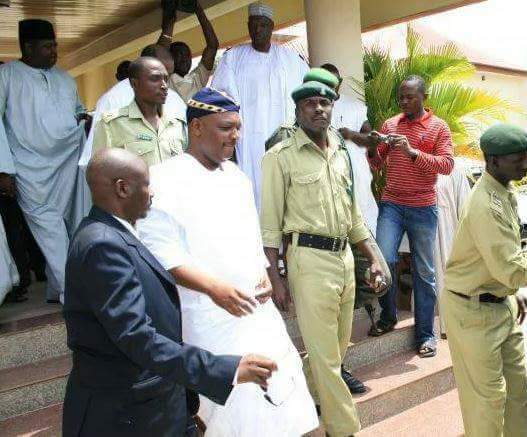 The Supreme Court has fixed February 7, 2020, for judgment on the appeal by a former governor of Taraba State, Jolly Nyame, challenging his conviction and sentencing to 12 years’ imprisonment with N100m fine for N1.6bn corruption charges.
A five-man panel of the apex court comprise of  Justice Mary Peter-Odili, as the Presiding Justice, Justices Dattijo Muhammad, John Okoro, Centus Nweze, and Fatima Augie, fixed the date for judgment after hearing the appeal on Thursday.
Nyame’s appeal was against the November 16, 2018 judgment of the Abuja Division of the Court of Appeal which had affirmed the ex-governor’s conviction by the high court of the Federal Capital Territory, Abuja.
Justice Adebukola Banjoko of the FCT high court had on May 30, 2018, convicted Nyame on a total of 27 out of the 41 corruption charges involving about N1.6bn preferred against him by the Economic and Financial Crimes Commission.
The former governor was convicted and sentenced to various terms of imprisonment with the highest being 14 years for offences bordering on criminal breach of trust, criminal misappropriation, taking valuable thing without consideration and receiving gratification as a public officer.
In its judgment delivered on November 16, 2018, the Court of Appeal affirmed the guilt of the former governor.
The Justice Peter-Odili-led panel fixed February 7 for judgment.
Copyright PUNCH.