I killed, burnt my girlfriend because she left me for rich men – Suspect 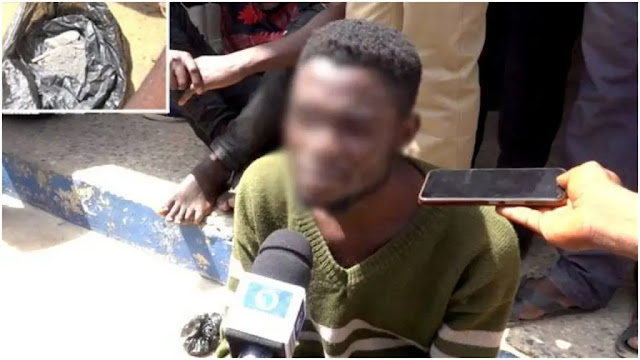 The 31-year-old suspect, a native of Donga Local Government Area reportedly conspired with his two friends to kill his girlfriend
It was learnt that they burnt the victim to ashes before burying her in a bush.

He told newsmen, “I fell in love with Imbajuri Ambisi. She became my girlfriend; I got her pregnant and she delivered a baby boy and killed him after seven months.
“This got me angry and I couldn’t tell anyone. My money got finished and she ran away to some wealthy guys who engage in the selling of rosewoods to foreigners.
“This got me jealous and I met two of my friends who advised me that if I really want my heart to be at rest, I have to kill her, hence our decision to eliminate her.”