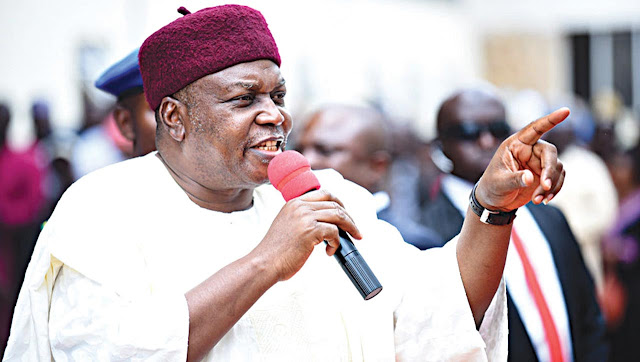 The leader of the Southern Conference of the United Methodist Church of Nigeria UMCN, Reverend Philip Micah Dopah Sunday charged politicians who are currently biding to succeed Governor Darius Ishaku in  2023 to stop their early permutations on the next governorship poll in the state.
Dopah, who stated in Jalingo during an exclusive interview with Blueprint said desperate politicians should allow Governor Darius to fulfill  his promises to the people of Taraba state.
He stated  that the clamour for 2023 governorship seat is too early adding that  permutation at this time is the highest level of distraction to the Ishaku’s administration.
“It’s really bad for politicians to start talking about who becomes governor in 2023. This government has numerous projects that it started in 2015, and the second tenure  is just barely seven months now.
“It is unpatriotic to start politicking about 2023 governorship while Ishaku is doing his best to fix the myriad of problems confronting Taraba state,” he said.
He added that Tarabans, irrespective of tribal and religious differences must tolerate one another and coexist peacefully.
“As we all know, one of the fundamental area that Governor Darius focused his attention since 2019 is security.
We must all do away with our sentiment and contribute to the rescue mission to see that  the  immense security challenges facing the state is brought to its knees,” he stated.