Atiku condoles with APC over deaths at TARABA campaign rally 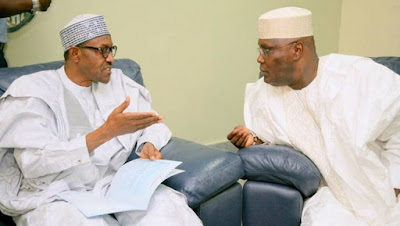 The presidential candidate of the Peoples Democratic Party, Atiku Abubakar, has condoled with the families and friends of those died in the tragic incident at the presidential rally of the ruling party, APC, in Jalingo, Taraba State.
The Thursday accident happened due to a stampede at the venue of the APC presidential rally. PREMIUM TIMES reported how President Muhammadu Buhari earlier condoled with the families of the victims.
A statement signed by Mr Abubakar’s media adviser, Paul Ibe, quoted the PDP presidential candidate to have expressed sadness over the loss of lives.
“All Nigerian lives matter whether they are of the APC, PDP or any other party,” he quoted Mr Abubakar as saying from Katsina where he was holding a rally himself.
Mr Abubakar also expressed his deepest condolences to the APC and its presidential candidate and the government and people of Taraba State over the tragedy.
The PDP presidential candidate prays for strength and comfort for the affected families and for God to grant the deceased eternal rest, Mr Ibe wrote.