on February 03, 2019
Internally Displaced Persons at the Negatavah Government Day Secondary and Primary school, Jalingo, the Taraba State capital, are grappling with food scarcity which hit the camp recently, writes JUSTIN TYOPUUSU
It was a bright Thursday morning, the sun ray beamed harshly on the Negatavah Government Day Primary and Secondary School, Jalingo, the Taraba State capital, housing about 1,500 persons displaced by the herders/farmers crisis in the Lau Local Government Area of the state.
The schoolchildren were seeing rushing to the assembly ground. But Musa Yunana, a nine-year-old boy, who is among the internally displaced persons in the camp, sat helplessly on the collapsed school fence watching his age mates moving to the ground.
Musa, who looked worried and malnourished, told our correspondent that he only took water and biscuit a friend gave him the previous day.
He said, “I am second in the family of five. Our mother managed to get some food last night, but it was not enough. I decided not to eat so that my younger ones can have something to eat. I thought of going somewhere to look for something to do to earn me money to buy food, but I don’t know where to go.
“Three days ago, I went to hawk water, but the woman who gave me pure water to sell hasn’t opened his store. I don’t know what to do now.”
Musa’s mother, Victoria Yunana, a mother of five children, said she came to the camp a year ago after attacks on her village.
“No single structure is standing in our village now. I have nowhere to return to and that is why I’m still here with my children,” said the distressed mother.
“I lost relatives during the crisis. In fact, most of us in the camp right now are those that suffered heavy losses, particularly human lives. Today, food shortage is affecting us. I don’t know what to do in order to feed my children.

“As you can see, my little boy is crying because she could not eat well last night. We are making the best of any little help we can get from individuals, government and donor agencies. But we are still appealing for help because the situation is not favourable.”
Another person in the camp, Mr Nicodemus Maji, lamented the hardship facing them in the camp, imploring the authorities to come to their aid.
Maji added, “Our children are starving and that is the most challenging thing affecting us. But we believe help will come.
“I am afraid that if this is allowed to continue, it can lead our children into vices that will affect them negatively.
“We want to return to our villages and communities, but with the way things are, there is no hope that we will go back soon. I lost relatives and church members and my village was completely wiped out. Recently, we learnt the attackers took over our village.
“Things are extremely difficult for us here, but we didn’t put ourselves in the situation we are right now. Government should come to our aid and also provide security for us to return home.”
For Mrs. Rahab Elisha, who lost four of her relations to the crisis in Lau, she still lives with the trauma of the brutal killings of her relations.
“I am a mother of three children and for days now, I have been going from house to house in search of food for my children. Government used to give us food, but for some time now, we have not received food from government, non-governmental organisations and individuals.
“I have yet to come to terms with the situation we are in at the moment. I want to call on the government to continue with the help in the area of food supply because our children are starving. They eat once a day and we have not got supplies for about two to three months,” she said.
On whether she would vote in this month’s elections, Elisha, said, “I will vote. Why not?  At least, we all have our voter card. So, why won’t we vote? I will definitely participate in the election and vote for people who will provide more security that will enable us to return to our villages and continue our lives.
“The camp coordinator assured us that we are going to vote, even though we registered in Lau. He said we will vote; so, we are looking towards to doing so.”
Another displaced person, Mrs. Yarda Musa, stated that lack of food and medicals were the main problems facing them in the camp.
Musa noted that they were fed three times a day when she arrived in the camp over year ago, adding that as they progressed, the feeding was reduced to twice daily and for the past three weeks, they ate only once daily.
“As we speak, we don’t know what our children will eat tomorrow. Our food has finished and our children are crying for food, but we can’t help it. Many of the IDPs are now out to beg for food from people in the neighbourhood. The situation is so bad.
“We call on the government and well-meaning Nigerians to come to our aid before we are consumed by hunger,” she added.
A mother of nine, Mrs. Rose Hosea, who said most of the children in the camp were starving because of food shortage, called for government’s urgent intervention to save the children from dying.
Hosea stated, “We want to also call on government to provide security and help renovate our homes to enable us to return home. Government should help us with toiletries, foodstuff, medicals and mosquito nets to prevent our children from malaria and cold.”
The Permanent Secretary, State Emergency Management Agency, Mr Nulvaga Danhabu, said the agency was aware of the challenges in the camp and efforts were ongoing to address the problems.
The Camp Coordinator, Mr Dauda Marafa, in a text message, hailed SUNDAY PUNCH for its earlier reports on the plight of the IDPs in the state.
Marafa added, “Through the initial report of SUNDAY PUNCH on the food crisis in our IDPs camp last week, Sen. Shuiabu Isa Lau, representing Taraba North, brought relief materials to us. We are indeed grateful.”
Copyright PUNCH.
All rights reserved. This material, and other digital content on this website, may not be reproduced, published, broadcast, rewritten or redistributed in whole or in part without prior express written permission from PUNCH.
Contact: [email protected] Being successful is easier than you think!Olymptrade 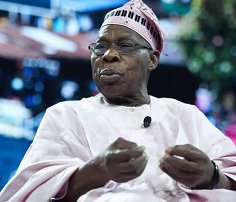 This extracts all FAT from the body... Get rid of up to 8 kg per weekGreen Coffee Beans 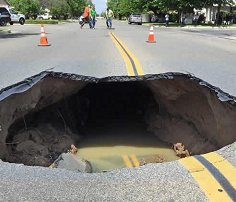 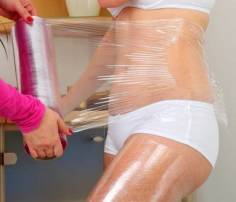 This old fashioned weight-loss method is back in action!Green Coffee Beans 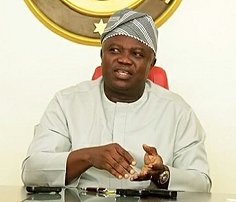 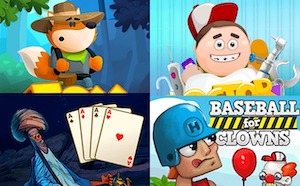