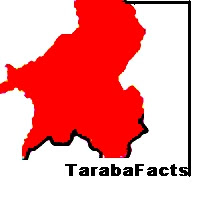 The people of Taraba State yesterday engaged in panic buying in anticipation that the restriction of movement during tomorrow’s Presidential and National Assembly elections may be extended.
While many people were cited trooping to markets to buy food items and other valuables, customers also besieged banking halls making last-minute withdrawals and deposits.
There were long queues of customers at Automated Teller Machines (ATM) points.
Some buyers, who spoke with The Guardian in some of markets across the state, said they needed to purchase necessary food items before the election in the event of an extended exercise.
Citing restriction of human and vehicular movement before the election end, they expressed concerns that the restriction might lead to curfew should there be violence during or after the polls.
Becky Oiza told The Guardian that she bought enough food to last her at least two to three weeks, adding that the restriction of movement may “end up being extended as a result of tensions being witnessed in this state.”

In Wukari Local Government Council considered one of the most volatile areas in the state, residents thronged the markets to purchase food and other essential items.

Although security operatives have assured the people of a hitch-free election, t people are still leaving no stones unturned in stockpiling essential items that would sustain them during and after the elections.

When contacted, the state Commissioner of Police (CP), Alkastine Sanusi, urged the people not to panic, as the police would be professional in discharging its responsibilities.
He advised those envisaging crisis in the state before, during and after the exercise to as a matter of urgency seek alternative means of livelihood, as the police would not hesitate to deal with such persons or groups.