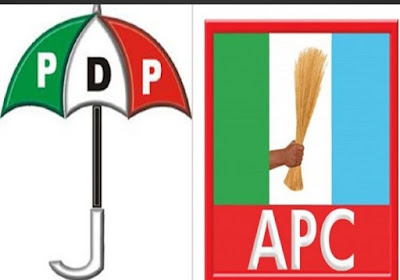 Taraba State All Progressives Congress (APC) has accused the state government of stockpiling arms worth over N300 million and planning to use the State Marshal to disrupt the forthcoming elections.
Director General of the state governorship campaign and president of the Trade Union Congress (TUC) Mr Bobboi Kaigama, made the allegations, yesterday, while briefing newsmen in Jalingo.
Kaigama said: “The party has gathered, reliably, that the state government has acquired arms and ammunitions worth over N300 million and has distributed same to youths at various flash points across the state, and is mobilising the youths and the state Marshal to disrupt the forthcoming elections.
“Of course, the governor is aware that he has failed the people of the state, woefully, and would lose at the election, and, so, he has resorted to the use of violence. The people of the state are fully mobilised and galvanised, and would resist any attempt by the state government or any other persons, to temper with the mandate of the people.”

Corroborating the allegations, envoy to the Republic of Trinidad and Tobago, Alhaji Hassan Ardo Jika, said “the attack on the governorship campaign train of the party, last week, gives an insight into what the People’s Democratic Party (PDP)-led government in the state intends to do during the election.”
Jika said the relevant security agencies have been alerted on the various schemes of the state government and are urged to be on top of their game, to nib these in the buds, to avoid a total breakdown of law and order in the state, as “the people would resist any attempt to scuttle the election with determined vehemence.”
In a swift reaction, however, Governor Darius Ishaku’s Senior Special Assistant on Media, Mr Bala Dan Abu, described the allegations are frivolous and challenged the APC “to show the exact locations where the alleged arms are stockpiled, so they can be recovered.
“Taraba State Government believes in peace and has worked hard to restore peace in the state in the last four years, bringing a paradigm shift from the situation where the state was – in perpetual anarchy. For anyone to claim the state government is stockpiling arms is ridiculous. Governor Ishaku has overwhelming acceptance and has no need for violence to win elections. On the contrary, it is the APC that is bent on stirring violence to disrupt the election,” Abu said.