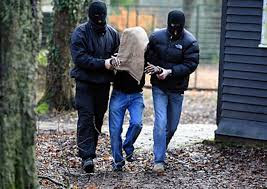 Reverend Silas Istifanus of the United Methodist Church in Nigeria (UMCN) Sibre, Ardo Kola local government area of Taraba State, who was kidnapped by unknown gunmen in his residence, has regained his freedom.
Leader of the Southern Conference of UMCN, Rev Philip Micah Dopah, announced this while briefing newsmen in Jalingo, the state capital.
Rev Micah Dopah, who doubles as the director, Connectional Ministries, Southern Conference of UMCN, noted that Rev Istifanus was set free by his kidnappers after paying about N1million ransom.


He said the kidnappers initially demanded the sum of N15m before they could release the pastor but later accepted about N1m offered to them.
Rev Dopah, who regretted the loss of one of the villagers, who was shut by the gunmen while trying to rescue Rev Istifanus from the hands of the kidnappers, further lauded the efforts of the people that led to his release.


“When he was trapped by the hoodlums, the villagers were notified through phone call and they gathered immediately.
“They really tried to rescue the pastor but because the hoodlums had sophisticated weapons, they shut one of them who died instantly and that led to the withdrawal of others,” he said.


According to him, on getting the information, Rev Philip Micah Dopah, who is also the Taraba State chairman, ECWA TEKAN Bloc, said he immediately communicated with the commissioner of police, the director, State Security Services and some men of God through text messages.
Condemning the spate of kidnapping across the country, Taraba State in particular, the clergy called on security agencies to maintain high level of professionalism.
Confirming the incident, the public relations officer (PPRO) of the Taraba State Police Command, ASP David Missal, told our correspondent through a telephone interview that the police were working round the clock to apprehend the criminals.