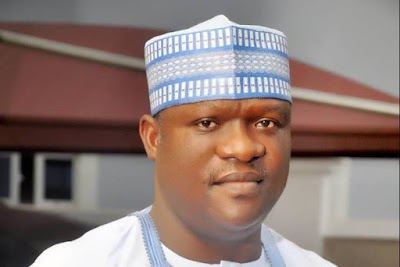 Don't be discourage, vote APC, PMB- - Sani Danladi tells Taraba Electorate
The All Progressive Congress APC governorship candidate‎ in Taraba state, Senator Sani Abubakar Danladi has called on electorates in the state to come out and vote enmass for President Buhari and the APC on Saturday.

Danladi in a media statement urged voters in the state not to be discouraged by the postponement of the election by INEC, saying bad people are elected when good people don't vote.
"Am calling on every eligible voter in Taraba state not to be discouraged by sudden postponement last week, the process of building a better Nigeria is a tasking one.
“We must carry the same level of determination, motivation and enthusiasm we had before the postponement because we want the right things to be done in Nigeria,’’ he said.
"Vote for President Buhari and all APC candidates in the state, this would make the developmental agenda of the APC for the state an easy one.
He said youths in the state have been sensitized and mobilized to shun apathy and have faith in the electoral process in spite of the resentment which greeted the Feb. 16 election postponement.
He advised electorates in the state to peacefully cast their votes for the APC and peacefully ensure their votes counts.

"Don't fight, cast your vote and peacefully return home. Even if face of provocation, ensure the election is violence free for the sake of democracy and nation building."