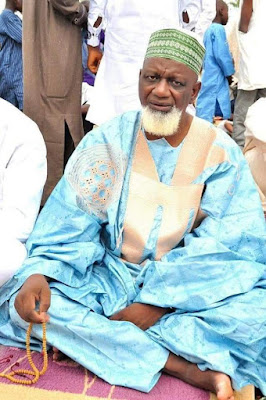 Taraba State Government has reinstated Alhaji Haruna Kawuwa, the husband of late Safiya  who died at a presidential rally in Jalingo two weeks ago.
Kawuwa was sacked by Taraba state government few days after his wife Safiya died along with seven other persons at APC presidential rally.

Sacking of Haruna who is a senior local government staff was condemned by many people including members of ruling party, the Peoples Democratic Party (PDP) in the state.
The letter reinstating  Mallam Haruna Kawuwa, with reference no LGSC/SP/SAR/5/VOL1/335 dated 15/2/2019 was signed by permanent secretary local government service commission.

The letter which was addressed to Mallam Haruna Kawuwa reads in part “His Excellency the executive Governor, Darius Ishaku Dickson, has approved that your dismissal be waived consequently you are by this letter recall back into the service.”
Mallam Haruna Kawuwa while reacting to reversal of his dismissal by the state government said he thanked God for everything pointing out that he knew justice will be done to him because he did not commit any offence to warrant his dismissal.