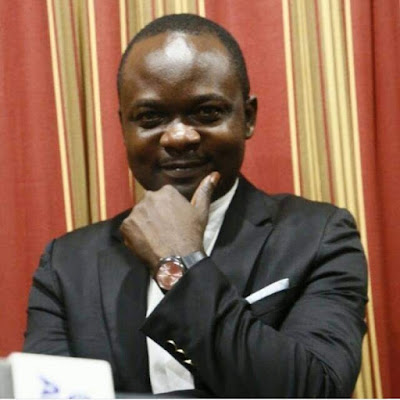 8 years ago in the Northcentral Nigeria, there was a governor in Nasarawa state so loved by his people named Ali Akwe Doma. He promised to rescue the state but on a condition that he should be given 2 terms in office, the same way H.E DDI of Taraba State is doing right now.

Therefore to achieve his aim, Alhaji Ali Akwe who became a governor on a platter of gold without much of his personal investment, chose to deny the people the dividends of democracy. He believed that if the people are disempowered, they will be vulnerable during his re-election and will have no choice than to vote for him for a stipend. So, state resources were invested in the second term agenda in the early days of the first term. Instead of empowering people from every part of the state, he was mobilizing them for the sole aim of his second term ambition through what they called Akwe Doma Solidarity Association (ADOSA). ADOSA became the number agency for people to have access to state resources. They promised heaven on earth Nasarawa state, but at the 2nd term. Even Doma town had nothing to show for being the hometown of the governor, except for the promise to be turn into a beautiful town in the 2nd term.

Finally in 2011, Ali Akwe Doma lost to Alhaji Tanko Almakura (TAAL) who campaigned to make the state work from the first day and first tenure in office. Nasarawa electorates having seen what Ali Akwe had to offer in the first term did not want to see it the second term. So they voted for TAAL who has transformed the state especially Lafia the state capital into a modern city outlook. TAAL modern schools, hospitals and markets where build across the state. Road networks where build in each local government headquarters with bypass. The disabled where enabled with special schools. All these were done out of commitment and fear that if he fail to deliver in the 1st term, he will be voted out like Ali Akwe Doma.

My friends in Taraba State, Nasarawa state is what she is today ahead of our naturally endored Taraba, because of the people's resolve that if you fail in the first term, you won't be able to deliver in the 2nd term. This is progressive in my estimation.  We cannot close our eyes and vote in someone who closed his eyes to our needs when he had the power and opportunity to be the solution. I was so pained when H.E Darius Ishaku,  the executive governor  of Taraba State came to my local government Ussa, a place where his administration did not invest any of the state resources in projects and administration. There he told our electorates that "you have no choice than to vote for me, if you want to see development ". He then went ahead to repeat the same campaign promises he made 4 years ago that he will do. This is someone who denied our local government Federal subvention for projects and development,  a man who intentionally turned his supporters and appointees in my local government into a subject of mockery. He is now talking to us as if we are his political slaves, that we have no choice but to reelect him. Even in Takum he refused to resolve the Ukwe vacant Royal stool Chieftaincy crisis. Yangtu, Donga, Wukari and Ibi cannot feel his impact as their own in the last 4 years. Even Jukun Development Association of Nigeria  (JDAN) was relegated to the background and made irrelevant by their own in power for 4 years. How will such a person rescue us?

While I cannot decide for all the voters in Taraba State, but let me put it on record that we the people of Taraba State have the choice and the reasons to reject DDI. Those who think that DDI is a Christian candidate as opposed to Sen Sani Danladi and Sen Aisha Alhassan, should note that Ussa is 90% christians, 9% traditionalists and 1% Muslims. Also DDI was born at Lupwe in Ussa Local government. If DDI can be governnor for 4 years without a million naira project in Ussa, then note that your use of Christianity as a reason for supporting and endorsing DDI is irrational. A Christian must be seen to do justice to all and be accountable to the system and God. Now the only rescue project we can see in many places in the state are the gigantic billboards build in every ward and local government area in the state.

Ali Akwe Doma took the support and love of his people in Nasarawa state for granted and lost to Almakura and the state is better of today, Governor Darius' underperformed rescue administration can be the a reason for him to loose in the forthcoming gubernatorial election in Taraba State. I urge Taraba State electorates to resist bad politics and ensure that they use their vote to Change the future of the state. Me, I have a choice, I will not reinforce and give power to someone who see my people as political slaves. I will vote for my freedom and dignity, I will vote for peace and progress. I will vote for viable candidates across party line. Taraba and Nigeria must move forward.