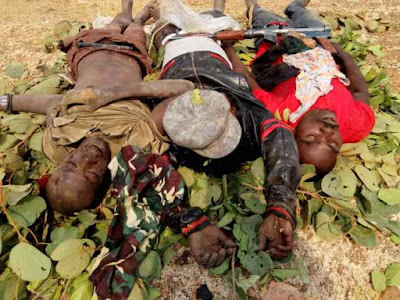 Taraba State police command have in a joint operation with vigilante groups killed three kidnappers terrorizing Bali and Suntai local governments of the state in gun duel.
The Commissioner of Police, David Akinremi said the bandits met their end while attempting to kidnap some residents in Garwa village having held the entire family hostage.
In a statement, he explained that the hoodlums engaged his men and vigilantes who responded to distress call in gun battle.
He also revealed that other members of the gang escaped with bullet wounds while a manhunt is ongoing to effect their arrest.
Items recovered from them include one locally fabricated AK47 rifle, 12 rounds of .9mm ammunition, two GSM handsets, military camouflage, charms and knives among others.