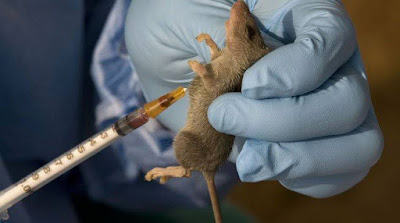 A breakdown shows that two lives were claimed in Edo and Plateau, one in Ondo, Rivers, Oyo, Enugu, Taraba and Nassarawa while Ebonyi accounted for four.


Also, 20 were infected in Edo, Ondo registered 22, seven in Ebonyi, four each for Bauchi and Plateau, one apart for Nasarawa, Benue, Kaduna, Kwara, Delta and Rivers while Taraba and Oyo recorded three and two.

From February 1 to 3, according to the NCDC, 731 suspected cases were reported from 19 states of which 275 were positive, three probable and 453 negative.

The centre stated that since the beginning of this year, 57 had died of the scourge, adding that 98 patients were currently under medicare.

On yellow fever, the NCDC, in its report capturing January 28 to February 3 2019, said 77 suspected cases were recorded with five presumably positive and an inconclusive case.

The cases, it disclosed, were reported in Ondo, Edo, Kebbi and Imo states.

Meanwhile, President Muhammadu Buhari has said the Nigeria Sovereign Investment Authority (NSIA) and Lagos University Teaching Hospital (LUTH) advanced cancer treatment centre was in line with his administration’s commitment towards improving the quality of healthcare for every Nigerian.

Speaking during its inauguration at the weekend in Lagos, he pledged to replicate the facility in parts of the federation to save the over 500 lives lost daily to the terminal ailment as well as cater for the over eight million sufferers.

The president said government was aware that up to 40 per cent of funds spent by Nigerians on medical tourism were for treatment of the disease.