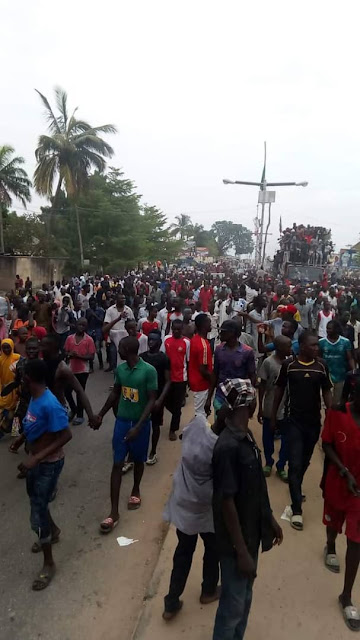 Jalingo, the Taraba State capital, was earlier on Wednesday thrown into turmoil as what started as normal jubilation by some supporters of President Muhammadu Buhari over his re-election turned violent.

The jubilating crowd had taken to the streets chanting victory songs, but some hoodlums later changed the atmosphere of excitement as they began to burn down billboards belonging to other parties.

Some billboards at the entrance to the government house were also not spared, as the supporters moved through various streets of Jalingo.
However, security was soon beefed up to curtail further breakdown of law and order as the crowd was brought under control by some security agents.

The spokesperson of the Taraba State command, David Misal, said the police were on top of the situation as all hands were on deck to ensure that everyone carried out their lawful duties.