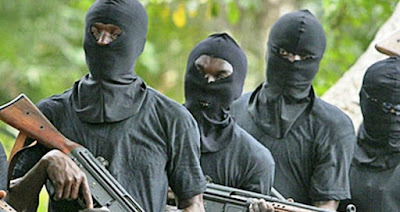 Sources in Wukari and Ibbi anonymously told Daily Trust that the officer attached to Army Barracks Takum  was traveling from Takum to Ibbi town when the gunmen blocked the road at Ibiwa village and took him and his family  to unknown location. The source said  soldiers from Takum and police from Wukari are  now searching the forests between Wukari and  Ibbi town to rescue the army officer and his family.

Contacted, the police public relation officer Taraba state command DSP David Misal told Daily Trust that he had contacted the DPO Ibbi and Wukari area command over the issue but they have not reply him yet. ” I called the DPO Ibbi but he has not  reply my inquiry over the matter I’m now waiting for his response,” DSP Misal said.
Daily Trust