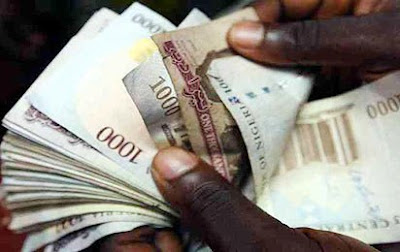 THE  Presidency has frowned at decision of National Assembly to allegedly inflate the proposed refund of N78.602 billion by N11.635 billion to Delta and Taraba states. Naira In a letter obtained by Vanguard, President Muhammadu Buhari observed that: “While the Federal Executive Council, FEC, approved a total sum of N78,601, 631,430.16 as reimbursement to Delta and Taraba state governments, the National Assembly approved N90,236,461,031.36, which is higher than the amount approved by FEC.

“The National Assembly did not approve any reimbursement to Bauchi and Kogi state governments, whereas the Federal Executive Council had approved reimbursement for them. “The House of Representatives may note the provisions of the Public Procurement Act, 2007, which empowers the Bureau of Public Procurement, BPE, to approve vendors and contracts sums.

“The amounts presented to the National Assembly for approval were duly certified for reimbursement by the BPE, before they were approved by FEC. “Since the BPE is charged with the responsibility of approving contract sums, and there is a need for compliance with the Public Procurement Act, 2007, I wish to request that you forward to us details relating to the amounts approved by the National Assembly for Delta and Taraba states in excess of what was certified by the BPE for necessary certification and approval.

“Meanwhile, the Federal Government shall proceed with implementation by reimbursing the amounts approved by the FEC. Furthermore, I wish to request that you review the reimbursements earlier submitted in favour of Bauchi and Kogi state governments,” the President added.