Tivs Call For Deployment Of Security To Halt Killings 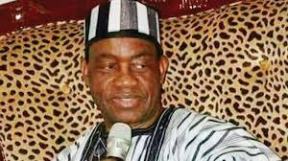 The Tiv people of Taraba State have called on the government to deploy massive security to the warring Wukari local government area of Taraba State to halt the ongoing killings of their people, looting of properties and displacement of thousands of Tivs from the area.

The president general, Tiv Cultural and Social Association (TCSA), Goodman Dahida, while briefing journalists, disclosed this yesterday, in Jalingo over the renewed crisis in Wukari. Dahida lamented that his people (Tiv) were attacked immediately after the Benue/Taraba stakeholders’ meeting held at Federal University, Wukari on the 15th to end the crisis. “Immediately after the peace meeting on Monday, on Tuesday, 16th, some Jukun youths allegedly attacked Vaase, a Tiv border community with Benue.

"On Wednesday April 17th, Tse-Ali Kaakigh, a Tiv village was attacked, the attackers took their provocation on Ikyaior, Gborgbor and Gindin Mangoro, all Tiv villages, this happened continuously till 18th and 19th. “During the attack on Kyaiyor, the All Saint Catholic Pastoral area was not spared by the attackers as they looted valuable property in the church, ignoring pleas by the Parish Priest, Rev Fr Livinus Orji to them.

"We are calling on both the state and federal governments to deploy security to Wukari to halt the crisis with immediate effect,” Dahida said. The Tiv leader condemned the attacks, both from Jukun and the Tiv in the area and reiterated the earlier position of the Tiv people that there was no need for fighting between the two tribes. He said the looters, who are criminally benefiting from the crisis, would continue to instigate that the crisis persist even though the hardship continues to fall hard on the innocent displaced persons within the area.