Why TY Danjuma Must Come Clean On Jukun-Tiv Renewed Killings 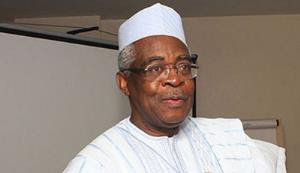 Those conversant with history can confidently assert that the Tiv Jukun-Tiv feud or crisis in the Taraba state axis is an age-long phenomenon. Each time it is exhumed; the actors play it deadly. These two brotherly, but antagonistic tribes have reasons for the constant animosities and wars they fight among themselves.
Historically, while the Jukuns are ancestrally found in Guma and other parts of Benue state have been accorded all rights as indigenes, the same tribe has found it extremely difficult to recognize Tiv people as ancestral to Taraba state. The paramount ruler of Jukun people, HRH Shekarau Angyu Masa Ibi Kuvyon II, until his coronation in 1976 as Jukun monarch lived all his life in Abinsi, a Jukun town in Benue.

The Tiv people of Taraba state have a huge population and they are predominantly found in Ibi, Wukari, Takum, Donga, Gassol and Beli LGAs of the state. But by the estimation of the Jukun, this large population deserves no government patronage of any kind or even the right to exist as a people.
So, the animosity sprouts from this barbaric mentality and the struggle of the minority Jukuns to impose supremacy over Tiv people and other tribes in the state. Very often, they resort to violence for real or imagined reasons to enforce this might.
But the latest Jukun attacks on Tiv farming communities in Kente, Wukari LGA of Taraba state, which spiraled into Ukum in Benue state is most absurd and senseless. The burning, killings and looting of properties of Tiv farmers perpetrated by Jukun youths was sparked by the latter’s presumption that Tiv people betrayed them by leaking information to the military over the killing of its personnel in Kente by suspected miscreants of Jukun ancestry.
The suspicion harboured by Jukun youths on Tiv people in Wukari is only imaginary; it is speculative and belongs to the realm of rumour. Yet, it was enough justification for the Jukun people to vent violent anger on Tiv people as revenge for the military’s arrest of some Jukun community leaders for investigation in connection with the murder of the military personnel.
Sadly, Jukun traditional and community leaders seem to relish the violent anger and carnage their people have visited on Tiv farmers. There has been a conspiracy of silence over the attacks and killings from Jukun leaders who are supposed to restrain their people from such barbarity.
At least to fulfill all righteousness, the President-General, Tiv Cultural and Social Association in Taraba state , Chief Goodman Dahida has spoken out on the crisis, even if patronizingly, an indication of his desire for peace.
Dahida told reporters in Jalingo that “Tiv, as a people, are not at war with the Jukun nation and I don’t think the Jukun as a people have sat down to plan any war against the Tiv…What happened in Kente was a misunderstanding that was not supposed to escalate, but the miscreants have capitalized on that to loot and make it appear as if Tiv and Jukun are at war.”
But Nigerians are shocked at the conspicuous and loud silence of Jukun leaders especially former Chief of Army Staff and Defence Minister, Gen. TY Danjuma (rtd). Last year, he persuaded his people to self-defence hence by his wisdom, the Nigerian military or security agencies could not “defend” them.
It was an implied incitement of his kinsmen to shun civil or lawful channels or amicable means of resolving disputes, but resort to self-help as reflected in the ongoing massacre of Tiv farmers.
But surprisingly and very unusual, Gen. TY Danjuma is coldly silent over his kinsmen’s killing of Tiv farmers in Wukari and Ukum LGAs. And the hostilities, according to media reports indicate that it has claimed the lives of at least 15 persons and destroyed properties worth millions of Naira within the two-week old conflagrations.

Also, hundreds are also displaced from their ancestral abodes. And an estimated 100 house razed with the spillover of the attacks to Ukum in Benue state.
The posture of Gen. Danjuma on the crisis has prodded many unanswered questions, especially the timing and the absurd reason for the renewed violence. The rains have come and it is an auspicious time for Tiv farmers to cultivate their farmlands for food.
So, could the unprovoked dislodgement and killings of Tiv farmers be interpreted to mean the conspiracy of Jukun leaders to once again chase away Tiv farmers from farms, their only economic means of survival? Or is it an agenda to further emasculate Tiv people and finally evict them out of Wukari and other areas by the instrumentality of brute force?
Why is Gen. Danjuma’s voice suddenly muffled, when he should be calling on his kinsmen to stop the carnage on Tiv farmers? Danjuma must come clean on the Tiv- Jukun renewed killings. He owes his conscience and the people of Nigeria a moral obligation by breaking the silence as he has always done in other instances when he perceives that the Jukuns are violently assailed.
When hostilities broke out between Jukun communities and Fulani herdsmen in Taraba state last year, Gen. Danjuma was very vocal in condemnation of the herders as the aggressors. He vociferously berated the Federal Government of Nigeria under President Muhammadu Buhari as incapable of defending Jukun and Taraba people or Nigerians from alleged killings by Fulani herdsmen. Danjuma even got invitation from the British House of Lords to speak on the matter.
It is inexplicable and inexcusable for him to be maintaining sealed lips now that his kinsmen are the aggressors against Tiv people. Or is Gen. Danjuma tacitly telling the whole world that he has licensed and protected his kinsmen to eliminate other tribes in Taraba to his delight?
The former defence minister must now step on the podium to tell the world that his kinsmen are killing Tiv farmers and Nigerians. He should again tell President Buhari that Jukun leaders are colluding with his kinsmen to kill, destroy and loot Tiv farmers. Danjuma must voice out to let Nigerians know his kinsmen are prosecuting an ethnic cleansing agenda against Tiv people.
It will be nice if Danjuma repeats what he told Nigerian last year at the Taraba State University Convocation now that Jukun armed militias have gone berserk that; “The peace in this state is under assault. There is an attempt at ethnic cleansing in this state and… We must resist it. We must stop it. Every one of us must rise up.”
Let Gen. Danjuma shout on the rooftops to his kinsmen that “The ethnic cleansing must stop in Taraba State…,” like he howled in the case of Fulani herders because what is good for goose is also good for the gander.
Agbese wrote from the United Kingdom.