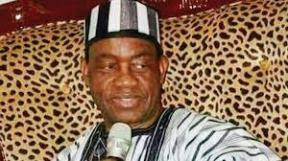 The paramount ruler of the Tiv nation, Prof James Ayatse, has called for proactive solution to the issues causing the perennial crisis between the Tiv indigenes of Taraba state and their Jukun brothers particularly in Wukari local government area of the state.

The Tor Tiv also said the greatest challenge faced by his leadership was trying to find out the possible ways of resolving the age long clashes between the Jukun and Tiv in Taraba, which persistence he said could be fuelled by wickedness, hatred and criminality.

The Tor Tiv, who spoke Sunday at a peace meeting between the two warring tribes, said the two tribes who had maintained cordial relationship until 1991 deserved to remain in peace and prosper instead of taking up arms against each other.

He said the crisis over the years had led to wanton destruction of lives and property and had led to serious underdevelopment of the two ethnic groups.

He wondered why the Tiv in Taraba would be under constant attacks despite series of peaceful meetings with relevant authorities like the Aku Uka and the governments of Benue and Taraba, respectively.

“The greatest challenge I have faced in my leadership as Tor Tiv is trying to find out the best possible ways of resolving the age long clashes between my subjects in Taraba and their Jukun brothers which Ii think is fueled by hatred, wickedness and criminality,” he said.