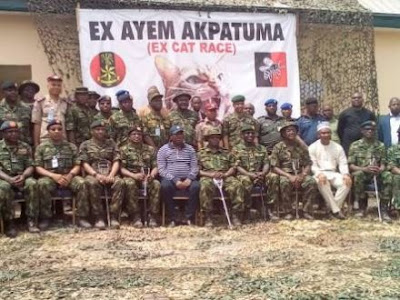 The source stated that soldiers and police had stormed Ibiwa village where the gunmen abducted the army officer in a rescue operation Yesterday. The soldiers, the source added, had issued a 24-hour ultimatum to communities in the location to release the officer and his family.
ADVERTISEMENT

Daily Trust further gathered that the chairman of Ibbi local government area and the paramount ruler of Ibbi also joined the rescue mission. The officer, according to the source, was released Sunday night. Daily Trust could not confirm if arrests were made but the source said ransom was paid by Ibbi local government council to the abductors before the release of the army officer.