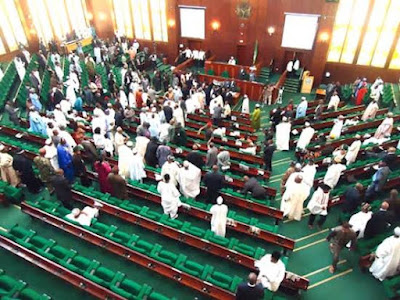 The House of Representatives has urged security agencies, particularly the Nigerian Army, to increase its presence and intervene in the crisis being experienced in Wukari Local Government Area of Taraba State.
The call was predicated on a motion co-sponsored by Danjuma Shiddi, from Taraba and Udende Emmanuel from Benue State, during yesterday’s plenary.
Shiddi explained that in recent time, the area had become unstable due to communal clashes between the Tiv and Jukuns. According to him, the clashes started from a disagreement between two persons from the two ethnic groups.
Shiddi also said many settlements in Kente, Tsokundi, Bantaje, Jibu, Hospital, Avyi, Rafm Kada, Puje, and Chonku Wards were affected.
He said infrastructure including schools, health facilities and places of worship, houses have been destroyed while many people have also been killed in the feud between the two tribal groups.
The lawmaker said about 10,000 people have fled their homes and that the security agencies were overwhelmed as they could not contain the killings and destruction of property.
In his contribution, Muhammed Abdul expressed fear that the feud does not spread to neighbouring communities, while calling for measures to be taken to forestall crisis in the areas.
The motion was unanimously adopted by members when it was put to a voice vote by Speaker Yakubu Dogara.
The House urged the National Emergency Management Agency (NEMA) and the Presidential Committee on the North East to, as a matter of urgency, provide relief materials including food, healthcare and roofing materials to the victims.
The chamber further urged Benue and Taraba governments to intensify peace efforts in the area.He also called on the Federal Government to investigate the crisis.